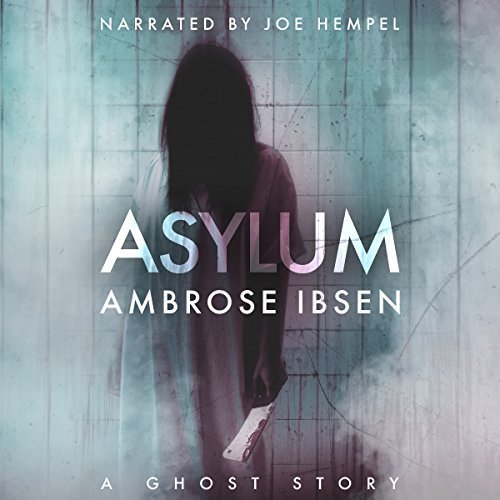 Ibsen Does It Again. This one was scary!

I’ve read a lot by this author and he never fails to deliver a creepy and thrilling story, and this one is no different.

Stephen Barlow is a professor and is hoping to become full time, but at the moment he needs money! When a student of his comes to him after class and asks him to head a new organization that she is creating, he is hesitant because it’s to do with the paranormal. But once she tells him that just by being head of it, he is entitled to 1000$, he jumps at the chance. He finds out about a place called Chaythe Asylum and arranges a tour of it with his students. Little does he know that the Asylum isn’t as abandoned as he thinks!

I really liked Stephen. He is a no-nonsense professor who puts aside his skepticism to help his students (well the money helps too ;)). He is used to facts but even he can tell that the Asylum isn’t a friendly place. He doesn’t want to go in but can’t let his students go without him. He was well written and developed and I look forward to more from him.

The plot was fast-paced and creepy. An Asylum is an incredibly creepy place anyway, but add in a supernatural element and you have a home run. I know I wouldn’t willingly walk into an abandoned Asylum, but I do love reading about them! The ending left me wanting more!! I can’t wait to find out what happens next.

In all, an incredibly creepy read. I am so looking forward to book 2!

Joe Hempel reads these kinds of books brilliantly. He knows how to bring the creepiness alive and how to keep us on the edge of our seats!! He is a narrator that is firmly on my favorite list.

What lurks within Chaythe Asylum?

College professor Stephen Barlow needs cash. Badly. When a student asks him to head a new campus organization that centers around paranormal research, he puts his skepticism aside and signs on in the hopes of scoring a fat bonus.

Enter Chaythe Asylum—a long-shuttered and controversial institution where patients were allegedly subjected to unethical experiments. Closed in 1989 after a series of grisly murders, Stephen deems the old building as good a place as any to explore the possibility of the supernatural and arranges to take a tour with his students.

But it turns out that the asylum is not as abandoned as it seems. There is something sinister in the building. It has watched and waited for nearly three decades, and when Stephen and his students enter, they find themselves at the center of a nightmare 28 years in the making.

ASYLUM is the first novel in the Afterlife Investigations trilogy.

Once upon a time, a young Ambrose Ibsen discovered a collection of ghost stories on his father’s bookshelf. He was never the same again.