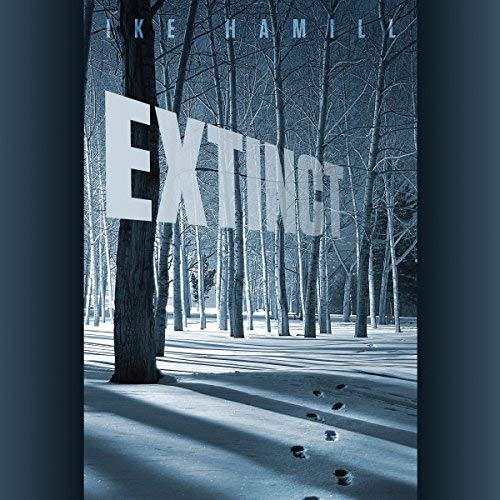 I Felt So Middle-of-the-Road About This

I’ve owned this book on Kindle for years now and never picked it up to start it. So, when I found out that it was released on Audible – I jumped because I thought I would finally have the time to listen to it and get it off of my TBR pile.  Unfortunately, my subconscious was telling me something.  Extinct was just an “eh” kind of book that stumbled its way through dialogue and premise settings.  A redeeming factor was that it was action packed and Hamill seemed to be able to write the action scenes with ease.

I do not normally read other reviews for books before I read a book – and I didn’t change that for Extinct.  I did, however, read some when I was having a hard time with this book and it seems like my worries were founded.

The biggest issue I had with this book was that as a reader, I’m not given any real “extra’ information about the mysterious things that are going on.  I get keeping me in the dark to add some extra suspense, but it didn’t work.  It just angered and confused me.  Things would happen and I thought, “sweet, now we’ll finally find out…nope.”  You can only take that for so long before you feel like the author is punishing you.

Another issue that I had with the book was that it was just too darn long.  There was absolutely no reason to write 6 hours of backstory for these characters.  Their lives weren’t important or full enough to warrant that amount of backstory. Some of the best stories have a full story-arc at the 6-hour mark and in Extinct we were just getting into the story.

Some of the positives for this were that it seemed like a new and interesting take on the Post-Apocalyptic world. I’ve read quite a few books in this genre and it’s a genuine surprise when it’s something I’ve never read or heard before. But, saying that – it wasn’t executed to the best I thought it could have been.  I’m not sure if Hamill will go in the direction(s) that I expected in the other books in this series because it wasn’t done in the first book and we were left without an ending (or some might say enough of an ending, but a major cliffhanger).  I will not be continuing it to find out. I just can’t hang in there for more books.

If it weren’t for Kyle Tait’s narration of this – I don’t know if I could have finished it.  He was able to convince me to stay along for the ride since he was giving the characters such depth and keeping the pacing as fast as he could. Thankfully Tait’s voice was like a beacon in the dark.  I knew that it was going to take me to safety at some point.

Channel Two predicted a blanket of snow for Thanksgiving weekend - unusual, but not alarming for the little Maine island. What comes is a blinding blizzard, and a mass disappearance of nearly every person Robby Pierce knows. He and his family flee, trying to escape the snow and the invisible forces stealing people right from the street.

Miles away, Brad Jenkins battles the same storm. Alone, he attempts to survive as snow envelops his house. When the storm breaks, Brad makes his way south to where the snow ends and the world lies empty.

Join Brad, Robby, and the other survivors as they fight to find the truth about the apocalypse and discover how to live in their new world.

Audiobook: Beyond The Inferno by Shannon

One thought on “Audiobook: Extinct by Ike Hamill (Narrated by Kyle Tait)”