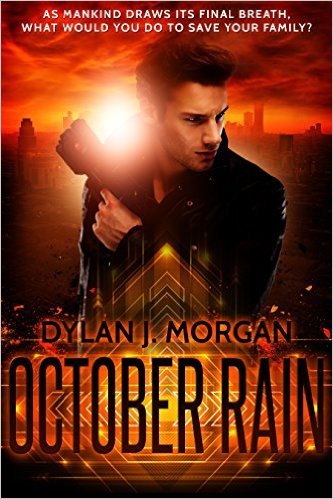 I love a well done short story.  This was razor’s edge drama and action in such a small package.  Dylan J. Morgan was able to accomplish keeping me on my toes in fewer pages than some major authors can do in 1000 pages (I’m looking at you Steven King 😉 ).

I have a really hard time writing my normal 400+ word review on a short story because there just isn’t as much to say about it without ruining the entire story.  October Rain was an incredibly well-written tale involving  assassins and his (hopefully) last mission that will help get them a big payoff to get his family out of the poverty and into a much better life.  There is one problem — and without ruining the story, you’ll have to take an hour or two out of your life to figure out what that problem is.

The futuristic world that Morgan wrote about was believable, and at times, I found myself imagining it and not reading.  There were only a few times where I was like “wait, what?” which were towards the end.

Overall, a really well-done story in a small package.  Anyone who enjoys fast-paced action and science fiction should really enjoy October Rain.

The human race teeters on the brink of extinction in a solar system choking under the glare of a dying sun. An assassin for the Martian Interstellar Correction Agency, Steele has one more assignment to complete before a big payoff and the chance of a new life: a job that will reveal the true horrors of man’s futile existence and threaten the very people who make his life worth living.

As mankind draws its final breath, what would you do to save your family? 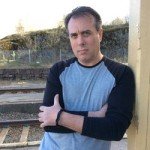 Now living and working in Norway, Dylan J. Morgan was born in New Zealand and raised in the United Kingdom. He writes during those rare quiet moments amid a hectic family life: after dark, with limited sustenance, and when his creative essence is plagued the most by tormented visions.

A member of the Horror Writers Association, he has published 8 books, all available on Amazon.