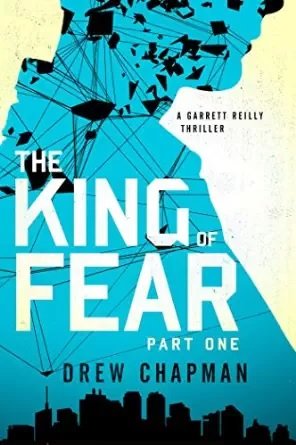 King of Fear: Part One – A great start, but it’s just that– a start

Long-time followers of my blog know one thing about me, episodic fiction is a hot-button topic for me.  I LOVE the quick hitting 100-pagers that can tell me a story and leave me feeling good at the end.  But, on the other hand, I hate the quick hitting stories that leave me feeling helpless at the end.  Not an “I can’t believe that happened” kind of helpless.  But the kind where the story just kind of ends.  I completely and wholeheartedly understand why authors and publishers do this.  The prices are cheaper, the pages are smaller.  And I feel like America’s attention span is shorter.  So it sounds like a win-win… win.  But, for readers like me, it’s just rough.

With that being said, the story was great, Garrett Reilly is a great character with some great development.  I did not read the first book in this series, and I still felt like I knew Reilly by the end.  The storyline and arc were good, but totally incomplete (because it is part one).

I actually now own the full series and plan on finishing it ASAP so that I can figure out what happens to Reilly and the world.

Authors, if you’re reading this.  Episodic fiction can be done and done well.  But you need to write small stories that in the end make one big story.  NOT cut your big story into 3 or 12 parts.  It leaves the readers feeling betrayed and misunderstood.  This isn’t TV.  You’re not releasing a new episode every week.  Stop making us work for our fiction.

The King of Fear: Part One by Drew Chapman
Genres: Mystery
Format: Kindle

The blistering sequel to The Ascendant: An action-packed thriller starring a bond trader turned antihero. Unlikely patriot Garrett Reilly can identify threats against America from both inside and outside the nation’s borders. But now the whole world’s economy is at risk…

Garrett Reilly sees what others do not: numbers, patterns, a nation on the brink of collapse. His unique talents saved countries from falling into a world war in The Ascendant. But it also made him a marked man―marked by terrorist groups; marked by the US Government.

Now in Part One of Drew Chapman’s thrilling sequel The King of Fear, Garrett Reilly is desperately trying to put the events of the Ascendant behind him. But when the President of the Federal Reserve is assassinated, fingers point to Garrett. On the run from the government and following an ever-shifting trail of clues, Garrett soon realizes that he’s more than a target to the shadowy force hunting him. He’s their first step towards total economic collapse. 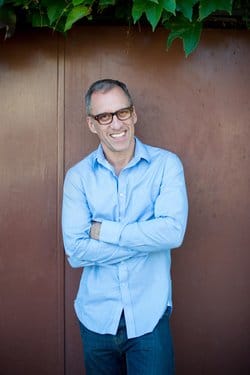 Drew Chapman was born and raised in New York City. He graduated from the University of Michigan with a BA in History. His early work history included: newspaper reporter, bartender, bike messenger, knish vendor at Yankee Stadium, and bootleg T-shirt salesman. He wrote his first novel in fourth grade. It remains unpublished.

After college Drew moved to Los Angeles and began working in film production. He got an agent and took a position as staff writer for Disney Animation. He has since written on projects for studios including Disney, Fox, Universal, Warner Brothers and Sony. He wrote and directed a feature film, Stand Off, with Dennis Haysbert and Robert Sean Leonard.

He also works extensively in television. He has sold pilots to ABC, Fox, ABC Family, and Sony TV. Drew wrote and produced an eight-part limited-series for ABC called The Assets, and most recently wrote and co-executive produced the second season of the spy show Legends for TNT.

His second novel, The King of Fear, is being released digitally, in sections, by Simon & Schuster starting on November 3, 2015. The paperback version comes out in February of 2016.