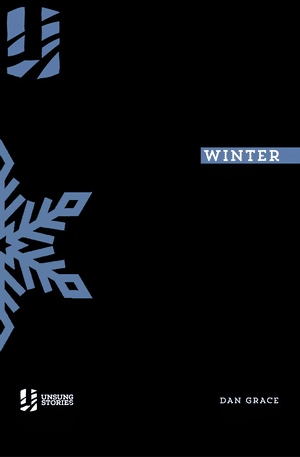 Anarchy has forced many people to flee London to the north, where a new way of life is evolving.  After feeling to their parents house, the group finds out that there are other people there.  This is where they meet Mikhail who has some seemingly unbelievable powers.

This is one of those times that I wish that a short story was a bit longer.  Not necessarily because the story wasn’t good, but because there needed to be some more back story on the anarchy and what caused what was happening throughout the book.

Another issue I had was that there didn’t feel like there was a full story arc at play here.  There was a lot of bouncing around between time-lines and not a whole lot of arc building.  The characters had some moments to shine, but as a reader I wasn’t 100% sure why these people were where they were, or why they were.  Grace has a wonderful story started here, and I really did want to know more.  I found myself very intrigued throughout the entire novella.

The story was good, it just didn’t feel complete to me.  I just kind of wish that there was more.  I LOVE a well-done novella, especially in this day and age where time is everything to people.  I think maybe even 10 pages of background on the anarchy and maybe a little more on the characters would have been perfect for me.

I’m excited to read more short stories from Unsung Stories, I’ve been enjoying their short fiction in my inbox for months now.

In the aftermath of an anarchic uprising, a group of revolutionaries flee London for the north, coming to terms with the violent loss of their companions, battling with illness and a new way of life.

In the forests of the Scottish borders, they meet Mikhail, a Ukrainian immigrant in touch with powers they can scarcely believe. But is he all he seems? Because the snows are coming, the seasons turn, and the laws of the cities mean little to the woods.

Dan Grace’s debut novella shows a violent future of the failed Union meeting the mythic and pagan past. As man reaps the harvest of war, utopian hopes vie with apocalyptic fears. Winter sets in.

Winter is the debut release from Unsung Signals, the digital-only line from Unsung Stories, providing a platform for mid-length fiction – stories too long for magazines or journals but too short for traditional book-length publication.