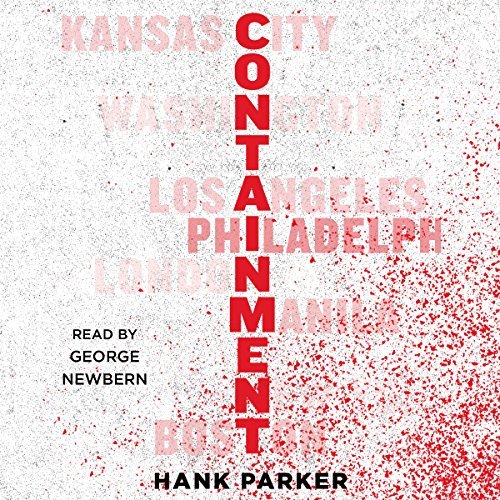 Not as good as I’d hoped, but enjoyable

I LOVE Bio-Thrillers.  One of my all time favorite authors has written both fiction and non-fiction books within this genre and this book walked the tightrope between fiction and non-fiction.  I can definitely tell that this book was written as accurately as possible.  I read some of the other reviews, and people were upset with how the government reacted (especially with how they dealt with the animals).  If they ever did an ounce of research into livestock disease outbreaks — they would see that what Parker wrote about in Containment could and would happen.

The premise is a both different and the same from the other books I’ve read lately in this genre.  If you follow my reviews or tweets regularly, you’d notice that I’ve been asking for a great bio-thriller to read and enjoy.  I thought I’d found it with Containment.  Sure, it’s another hemorrhagic fever related illness, but if you follow the genre, that’s what seems to scare most of the readers.  The part that I enjoyed most was where it originated — in ticks.  I’ve never read a bio-thriller where they are the main transfer agent.

You can tell from the beginning that things aren’t going to all work out in the end.  Things are going to get worse — it’s how the characters deal with these changes that made this book.  Sure, there was some cheesy and completely unnecessary romance in this, but I can look past that.

I kept going back and forth with this book.  I’m sad because I wanted to love it and I didn’t.  But I didn’t hate it either.  It is definitely better than some bio-thrillers I’ve read, but after the first half of the book or so (basically after the garage scene — I’m trying not to ruin anything here) the book just kind of falls flat.  Which is super depressing since that’s the part of the book that should have been more and more intense.  It was honestly almost like reading two stories.

This book really hovers between 3.5 and 4 stars from me.  The first half of the book really made it interesting enough to continue reading, but the end really threw me for a loop.

Overall, I think this would be a pretty good “intro” bio-thriller.  And mark my words — I bet this becomes either a TV show or a movie.  It just had that feeling in it.

From a former US government advisor on agroterrorism comes a ripped-from-the-headlines debut thriller about a global plot to release a deadly virus and the elite response team who must try to stop it.

When a gruesome new tick-borne virus breaks out near a major US city and the outbreak is traced to an extremist group in Southeast Asia, the race to stop a global bioterrorism conspiracy is on. Government epidemiologist Mariah Rossi must leave the safety of her lab to help fellow scientist and covert CIA agent Curt Kennedy track the disease back to its source. Their worldwide net leads them to an underground lab in the jungles of the Philippines, then to a deadly and climactic battle in coral reefs near Malaysian Borneo, and finally to London and back to America, where the virus must be contained. For fans of Michael Crichton and Richard Preston, this chilling, realistic thriller is a terrifying reminder of how vulnerable humans are to biological threats – and, in this instance, just one tick bite away from catastrophe.

The Extinction Agenda by Michael Laurenc

2 thoughts on “Containment by Hank Parker (Narrated by George Newbern)”