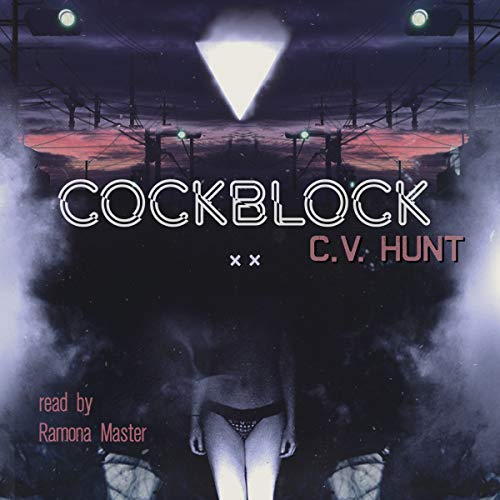 I have never read a book by Grindhouse Press or by C.V. Hunt – so I wasn’t sure what I was getting into.  It was an insane book that I enjoyed deeply. Even a book as short as Cockblock was able to tell the story it wanted to while also invoking the emotions and feelings that Hunt wanted to.

At the center of this story is the controversy and insanity that is the current Presidency.  You can tell that Hunt wanted to tell a story that at its heartfelt crazy and out of the blue – but when you read the whole thing and get into the characters you realize that it’s not that far off.

A radio broadcast seems to send every man into a madness.  It makes them want to go out and rape each and every girl that they come across.

Reading this as a feminist who has a strong dislike for President Trump made it a lot easier.  I’m sure that this book will find its way into the hands of a Trumpeter or a misogynist and they will not like it.  If you see/read any one-star reviews – I would bet it’s from a person like that.

A fair word of warning – Cockblock is graphic.  It needed to be – but it was graphic.  Hunt told the story that she wanted to and did it in her way and I’m so glad she did.

After the daily grind at their jobs all Sonya and Callie want is to enjoy a quiet night out together at a new restaurant. But making it to their reservation is proving to be a challenge. A few men on the street near their destination verbally assault them. And the situation quickly escalates into a nightmare. Once within the safety of the restaurant the two women discover it’s not just the men outside who’ve lost their minds, men everywhere have gone insane. And they believe they’ve found the origin of the mayhem. A radio in the kitchen is playing a hate filled message against women and it’s being delivered by the President. There’s only one way to stop the men from attacking women and logic tells them they need to terminate the chaos at its source.

One thought on “Cockblock by C.V. Hunt”