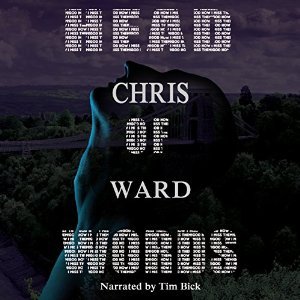 13 people are bound to have different stories and bring something new to the table.  Well, for Daniel Barker he and his friends all sharing a small flat in Bristol things are bound to get interesting.

The narration for Head of Words was done by Tim Bick and boy does he nail it.  His voice was so soothing and interesting I found myself glued to my phone whenever I was listening to this.  I’m an American, but I had absolutely no issue understanding Bick’s narration.

The writing style was a bit exentric and I believe that Ward did this on purpose to show a different style for each new character.  When you have this many people in a story, it becomes really easy to get lost in who is who.  But, the way that Ward wrote this — I never really found myself going “wait, who is that?”

Overall, the combination of an interesting writing style from Ward and a killer narration by Bick this book was definitely a surprise to me.  There were times when I felt like I knew what was going to happen which usually upsets me, but for some reason in this story it didn’t bother me as much.

But as space reaches a premium and tensions begin to rise, Dan’s whole world threatens to implode around him.

The real nightmare is about to begin …

Veering from brutal to comic via tragedy, disaster and love, Head of Words is the story of one man’s path to understanding upon a rollercoaster of life that threatens to both destroy him and set him free. 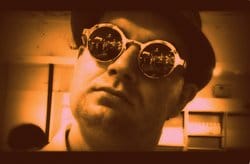 Chris Ward is a native of Cornwall, England, but currently lives and works in Nagano, Japan. He is the author of The Tube Riders Trilogy, The Man Who Built the World and Head of Words, as well as numerous short stories and collections.

He spends his time snowboarding, writing, playing guitar in his rock band, Steampunk Unicorn (www.reverbnation/steampunkunicorn), and generally having too much to say about just about everything.

One thought on “Audiobook: Chris Ward – Head of Words (Read by Tim Bick)”