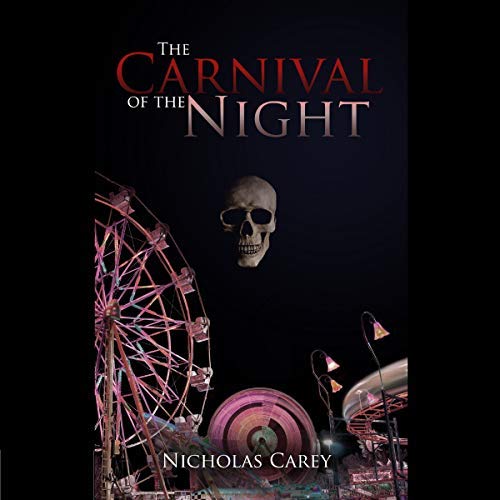 Carnival of the Night was one of those stories that just builds and builds and builds.  It starts off almost unassuming but by the end you find yourself wanting to flip forward (or skip forward in my case) to the end just to see what happens.

This was my first book by author Nicholas Carey and it will not be my last.  He wrote one heck of a story that I had a hard time putting down.  Thankfully it’s a short story/novella so I didn’t have to wait too long to get to the end.

Apparently, this story started on reddit (upon checking out some of the other reviews) and I’m glad that I waited until the entire thing was finished and produced into an audiobook because I wouldn’t have been able to just read it piece by piece.  Carey tells a story that begs to be finished in one sitting.

Overall, a great story that was both well written and well performed.  I thought that Christopher Graybill did a wonderful job helping Carey’s words jump off of the page an into my ears. He was able to give the story that little bit of an edge that had me on the edge of my seat.

Some call it purgatory, others know it as the in-between, but for those poor souls who are trapped there eternally it is simply: The Carnival - macabre mockery where night is never-ending, and a sadistic creature known as the Fool rules with an iron fist.

And the Fool has one rule: No one leaves the Carnival. Ever.

Christopher, the latest arrival thrust reluctantly through the gates, is certain that he doesn't belong there, and he's damn sure he's not going to be staying. To have any chance of escaping, he must confront not only the Fool, but his own dark past.

Heart of a Dragon by David Niall Wilson