She was only supposed to be a caretaker…

Alice is the caretaker of the ship.  Her job is to prepare the ship for the next set of astronauts who are going to be entering the space station next.  She is supposed to make sure that everything is in place, the experiments are being run properly, and that things aren’t leaking or breaking.  That is until something awful happens hundreds of miles below her.

If you haven’t guessed yet on my blog, I do really enjoy a well written short story.  This one may take the cake.  I have never been more moved by a story than by this incredibly well written and executed story.

I have not read other books by Gurley but I promise you this, I will now.  The book was part This Long Vigil by Rhett C. Bruno and part Beacon-23 by Hugh Howey.  Which equals full-time heartbreak.  Seriously, I felt so much for Alice.

I just love that an author can write such a short and intense story and make it feel like I read an entire book.  My favorite part is that I was able to finish it in one sitting in an hour or so.

I don’t really want to write much more because I don’t want to give the story away, but I promise you that the story was moving and touching.

She's only the house-sitter.

Alice Quayle lives on the space station Argus. She wakes to the sun breaking over Africa. She keeps watch over the experiments. She makes sure the station doesn't explode.

And she's the only occupant of the space station when the world far below her comes apart in flame. 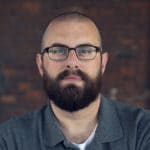 Jason Gurley is the author of the novels Greatfall, The Man Who Ended the World, and the ongoing Movement series. His bestselling self-published novel Eleanor was acquired by Crown Publishing in the U.S., HarperCollins in the U.K., Editora Rocco in Brazil, Arunas in Turkey, and Heyne Verlag in Germany. His short fiction has appeared in Lightspeed Magazine and numerous anthologies, among them Loosed Upon the World and Help Fund My Robot Army!!! from editor John Joseph Adams.  Jason lives and writes in Oregon.