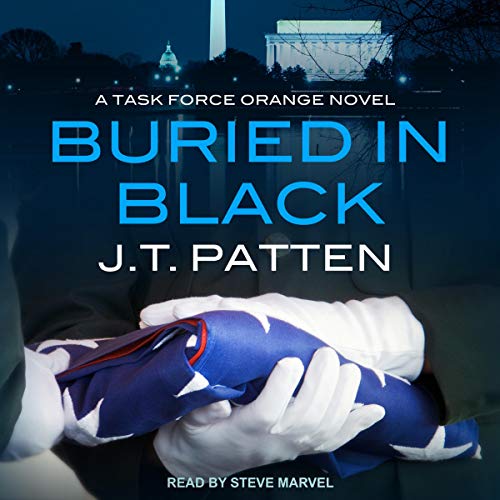 The one thing you get with a J.T. Patten book is authenticity.  He lived and breathed this stuff, so when you read his stories the realism and authenticity really stand out. He’s able to throw in specifics that feel real but you know (or at least hope) are fictional. Another thing you get with a Patten novel is a deep appreciation of just how many different layers there are in the government.  Every time you think you have the layers figured out – he throws another one in, just to show you that this onion is much bigger than you originally thought.

The main character Drake Woolf aka Birddog was a fantastic leading man.  He’s flawed in multiple ways and even though he can be completely ruthless – he also has a heart.  Not enough of one to get him killed or leave him out in the open. But enough of one that you can get behind rooting for him.  (This also had me Google the meaning/definition of birddog – this is what I found “a person hired to locate special items or people…” – I think that fits pretty damn well).

Every time I thought I’d figured this one out I was wrong.  I knew going into it that it was going to be a deep and engrossing story but this one surprised me.

I thought that Steve Marvel did a pretty nice job with this one.  I can’t tell if it was just my copy or what, but it was a little bit quiet. Nothing turning my car stereo or bluetooth speaker up didn’t fix but I wanted to point it out. His narration style fit the book well.

Slightly off topic of the review. Using a name like “Mark Watley” really threw me.  While listening to this I was completely taken out of the story for a moment because I thought they were saying Mark Whatney (you know, the man they left on Mars in The Martian).  It really doesn’t take away from the story for more than that moment I just had to point it out because I ended up needed to look at the book to figure out what his actual name was.

In this explosive new series, former intelligence expert J. T. Patten takes you deep inside the top-secret operations you’ll never see on the news: our deadliest weapons in the war against terror….

In the clandestine world of shadow ops, he’s known as The Man from Orange. A master of surveillance, signals intelligence – and silent killing – special operative Drake Woolf has been groomed and trained by the old-guard intel community after his CIA father and mother were murdered in Tunisia. Now he works for Task Force Orange, handling cases the government doesn’t want its fingerprints on. Woolf can always be relied on to carry out an assignment with surgical precision – and exterminate a threat with extreme prejudice.

But his latest mission is different. Woolf knows the targets personally. He trained them in Iraq to be the perfect killing machines. Known as the “Mohawks”, these Iraqi rebels know our secrets, our strengths, and our weaknesses. And they’re using this knowledge to launch the deadliest attack the world has ever seen – on American soil….