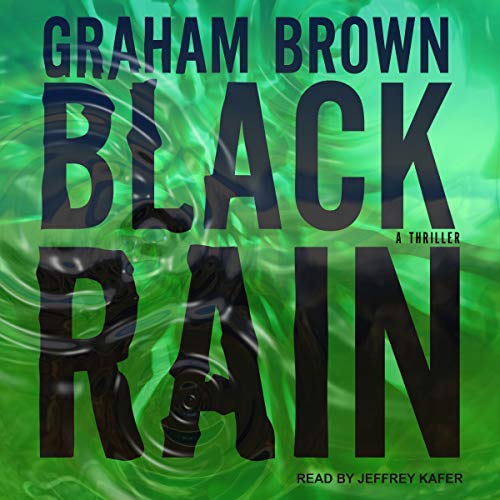 Jeffrey Kafer and an adventure book – a match made in heaven right? Or maybe Xibalba? Either way – when Kafer signs up to do a series you’ve never heard of with a cover that is this sweet – I kind of jumped on it before I even knew what it was about.  Once I dove into it… wow was I surprised by the level of detail that Brown wrote.  And he was able to do it without going overboard.

Black Rain tells the story of a search for a legendary Mayan city. When they get there – they are in for surprises that even they couldn’t imagine. That would be an awesome story if just that was it – but there is also an entire subplot where another group is trying to go after the same information and will go for it leaving nothing but destruction in their wake.

The story itself was brilliantly written and was a book that I ended staying up late almost every night to try and get a little closer to finishing it. Brown had this way of writing things where you felt like you were part of the action and that you weren’t safe until they were safe.  Which, without giving too much away, left me feeling perilous for most of the book.

The historical parts of this were interesting and lead me to want to look up some of the legends that were talked about. The people around the site were another group that I just wasn’t expecting. And I can’t really talk much about them for fear of giving any details away.  But they were freaking terrifying and incredibly interesting once we find out a little more about them.

Overall, a brilliantly written and performed book that I realized about halfway through was a series (and that Kafer is returning to narrate).  It was a blast to read and made the minutes turn into hours quickly.

Covert government operative Danielle Laidlaw leads an expedition into the deepest reaches of the Amazon in search of a legendary Mayan city. Assisted by a renowned university professor and protected by a mercenary named Hawker, her team journeys into the tangled rain forest - unaware that they are replacements for a group that vanished weeks before, and that the treasure they are seeking is no mere artifact but a breakthrough discovery that could transform the world.

Also by this author: Black Sun
Also in this series: Black Sun