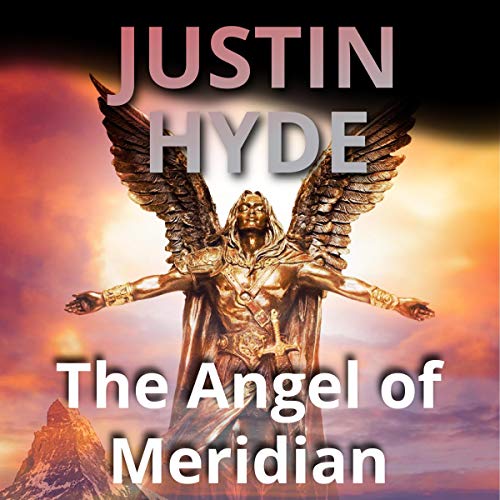 A Story I Didn’t See Coming

A little different than the first book in this series – The Angel of Meridian still has that comfortable feeling as well.  This time Hyde takes us to a lot more locations and I felt like we were almost circumnavigating the globe throughout. If you’re familiar with James Rollins or any other relic-hunting type book this one will feel similar to you, but it also takes a turn that even I wasn’t expecting. Much like the first book – where the cover made it look like a horror book instead of an adventure tale. This time I’m expecting an adventure tale… not the… (okay, no spoilers here, but other reviewers do talk about it).

The start of this book (and if I remember correctly The Devil’s Bible) had a lot of religion in it. Almost too much for me, but it ended up, like before, being just part of the set up and the overall “vibe” of the book. Hyde uses religion to set the stage (and also, religion is the home of thousands of relics and stories over the years so it makes sense to base it there). What I will say is that you can tell that Hyde puts a lot of time and energy into researching the topics, history, and the religious aspects that he does put in his novels. You feel like you’re learning something without feeling like you’re being preached to. He’s able to bring these topics and this history to life without doing it in a boring way.

The Angel of Meridan was one of those book that if I’d judged it in the first 20 pages I wouldn’t have liked it, but once you really get into the book it’s really enjoyable.  The character building was good, but where Hyde’s novels really shine is in the pacing and the overall “feeling” they have. They leave you on the edge of your seat while also still feeling a little comfortable. You don’t ever at any point feel completely lost, but you do feel like something could change at any moment.

Back to what I said earlier (the one where I won’t spoil the book). Hyde does mention “…an army of the dead…”, so there’s your hint.  I didn’t realize just how much that one line was going to affect the book, but man did it take a turn I wasn’t expecting.

Another good book and another great combination of Hyde and Bennett. Gary Bennett’s narration really brings this story to life. He took the slower scenes slow to draw them out and made the action and scary scenes that much more thrilling.

What could be more powerful than weapons crafted by the hand of God for his own army of angels?

Bastian Santé is a man driven by greed and the desire to possess that power. Unfortunately for him, only an angel can touch angelic steel. That is, until recent breakthroughs in human genome editing have given him the hope of changing that.

Meanwhile, with an increase in archeological discoveries across the globe, the demand for trained personnel with the daringness and expertise to search and recover these precious antiquities has greatly risen in past years. From this need, a new school has emerged.

Born from a small group of former private military operatives known as Nightcorp International, Alpha-Meridian’s focus is on Hazardous Relic Recovery, and trains students for the exciting, and often dangerous work of tracking down and collecting the world’s lost treasures.

Professor Cameron Skull is one of A-M’s top field instructors. But when he finds himself alone and dangling from a cliff high up in the Alps on a recovery mission for the Swiss government, he is unprepared for the sight when a man suddenly falls from above him. He soon learns however, that that is only the beginning of his problems.

With the help of his girlfriend Iris, and his best friend Francesco Ferrari, can Professor Skull and the team from Meridian put together enough information to stop Santé before his plan succeeds and he becomes the most powerful villain in the world?

Following ancient trails isn’t easy. And when an army of the dead stand in your way, it may just be impossible. But as they will all soon learn, playing God does not make you God.

The Angel of Meridian by Justin Hyde
Narrator: Gary Bennett
Length: 8 hrs and 44 mins
Series: Cameron Skull #2
Published by Self Published on February 7th 2020
Genres: Adventure
Format: Audiobook
Also by this author: The Devil's Bible
Also in this series: The Devil's Bible