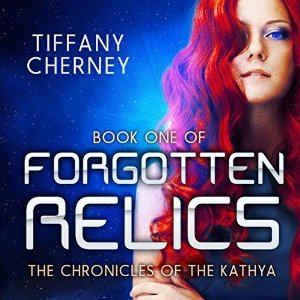 Rei is a girl on a mission, with everything taken from her she is a wild card.  Now, she’s the captain of a starship she’s doing anything she can to keep afloat.

I don’t like to speak ill of anyone or anything.  I personally did not like the narration of this book at all.  I had an incredibly hard time getting into it because I found the narrators voice jarring.  I understand that the character is a YA female, but the voice just felt forced and overly-animated.  This is genuinely the first audiobook I’ve listened to in a long time that I could have skipped and read the story.

The story was great, I found it a quick read (it is meant for a younger audience) with some great characters in it.  Rei was hard to pin down for me.  I couldn’t figure out her motives throughout the book–which caused me to question why she was doing some of the things she was doing.

I’m not a fan of fantasy — I could go at length about the differences between Sci Fi and Fantasy and why they shouldn’t be categorized together.  I’m usually a Sci Fi purist but, the author did a pretty good job keeping me interested even though she was mixing Fantasy into my Sci Fi.

This was another one of those books that has a cliff hanger ending/not-ending.  I miss the days of a book that has an ending.

If you’re looking for a quick YA Sci-Fi tale with some Fantasy twisted in — I don’t think this will disappoint.

I received a copy of this book in exchange for an honest and unbiased review.

Rei had lost it all: her family, a safe home, and, most important, her freedom.

Now, as Captain of the starship Kathya, she sails the galaxy stealing from anyone who crosses her crew’s path, using the very power her former captors gave her. She’s found friendship, a community, and adventure beyond her wildest dreams, but the ghosts of her past refuse to leave her in peace. Her old enemies are hunting again.

Still, when an old friend requests her help to secure ancient relics of knowledge, Rei can’t resist, even while she’s in danger of being captured. This is her chance to strike back. Her crew has the talent, the knowledge, and the motivation to help, but succeeding might be more transformative than she thought. 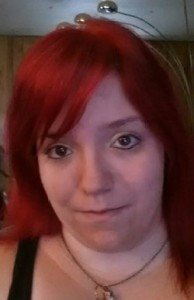 Tiffany is a life long lover of books, a love that eventually led to her writing her own ideas down and sharing them with the world. She is also a lover and active seeker of things of the geeky variety. She lives in Michigan with her husband, son and two other “kids” that just happened to be furry and have four legs. When she’s not living in worlds of fantasy or fighting in space battles she’s pounding the books as works her way through graduate school.