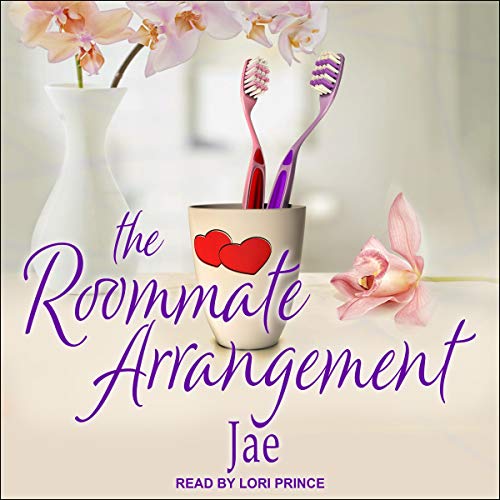 The Roommate Arrangement was one of those stories that I couldn’t just help but love. It was cute and even if parts of it were predictable, they were done so in a way that still put a smile on my face. The two main characters in it were opposite but also had a mutual respect for the other. They were thrown into an interesting situation and came out the other side changed.

Jae is a master storyteller, allowing us to really feel for each character she creates. That holds true with this story as well. Stephanie was a raw “do what she wants” sort of person. She’s never really been in a serious relationship. She’s a stand up comedian who hides behind a joke instead of sharing her feelings. While Rae is the polar opposite of that. A former cop with some major trust and love issues due to her former girlfriend of a long time leaving her and a work accident that causes her to leave the force.

Stephanie and Rae shouldn’t work if you just read that, but once you really get to know Stephanie and Rae they open up themselves to each other in this beautiful and realistic way. When you find someone that you actually care about more than yourself it changes who you are. Obviously, without realizing it, that’s the main story in The Roommate Arrangement. Stephanie is able to grow as a person and realizes certain things about herself. And Rae is able to forgive herself and move on with her life – letting happiness and romance back in.

Overall, a fantastically cute story that had me smiling from ear to ear. As a stand up comedy fan – I have to give Jae some kudos for writing comedy that was realistic and for keeping the comedy scene there and on display for those who aren’t familiar with it.

Of course, the performance by Lori Prince adds to the story as well. She’s one of my favorite narrators and really adds to any story she’s a part of.

A feisty comedian. A former cop with a wounded heart. An unusual roommate arrangement…

Comedian Stephanie Renshaw hopes to finally get her big break in LA. A chance encounter lands her the perfect apartment close to the comedy clubs, but it comes with a catch: She needs a roommate to afford the rent.

Enter Rae Coleman, a former police officer working the door at one of the top comedy clubs. After getting injured in the line of duty and losing her job with the LAPD, Rae guards her wounded soul behind a tough exterior.

At first, the two clash horribly before a tentative friendship develops. Bit by bit, Steph manages to break through the walls Rae has built around her.

But Steph has never been in a relationship, preferring casual flings, and Rae isn’t sure she’s ready to be happy again. Will they find the courage to open themselves up to love?

I Kissed Alice by Anna Birch (Narrated b