Mankind has suffered five mass extinction events; the sixth will be our final.

Days away from a catastrophic event that will end the world, five strangers find themselves stranded in the suicide capital of America dealing with the difficulties, regrets, and choices in their lives while trying to survive. Among the group is a talented performer, a petty thief, a gambler, a lady of the night, and a hard working cab driver.

With the clock ticking down and a sliver of hope found in a text message, their only hope is to get out of the city and embark on a dangerous journey across the country together.

Final Impact is a story of survival, friendship, and redemption in the face of impending doom. 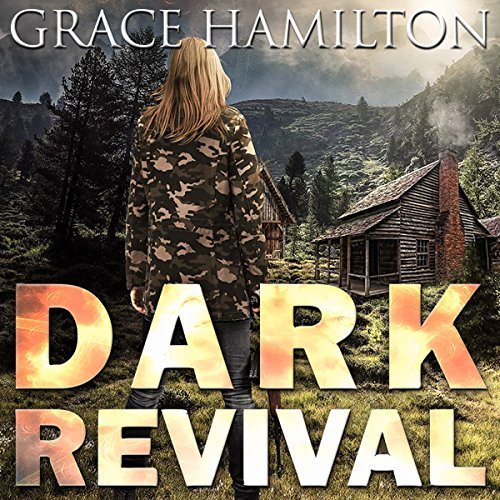 When lives are at stake, you can’t always rely on others – there are some things you have to do yourself.

Rushing back from the NRU, Megan, Wyatt, and their party arrive to find anything but a warm welcome. Their home has been compromised by rogue soldier Neil Spraggat and a small army of men who are using the lodge as a base for a deadly operation. To make matters worse, during the takeover of the lodge, Megan’s daughter, Caitlin, and Wyatt’s mother, Rosie, were forced to hide in the root cellar to avoid capture.

The remaining members of the lodge reconvene at an old hunting cabin to hatch a rescue plan, knowing time is of the essence. With limited resources and manpower, they must face a highly trained elite military force – but Spraggat’s agenda is far darker than any of them could have imagined.

With the lives of her beloved daughter and newfound family hanging in the balance, Megan will only be able to rely on herself as the final step in America’s demise begins….

The Final Enemy by Dan Petrosini
Narrated by Joseph Kidawski

In the face of a death-defying power, what’s the “new normal”?

Like all reporters, Jack longs for a breaking story but is stuck writing obituaries for a small-town rag. As his frustration mounts, it hits him that no one has died in over three days. Jack’s odd observation becomes something far stranger when he connects a meteorite to the bizarre phenomenon.

Seizing the opportunity, Jack breaks the story and after a struggle to control the meteorite’s power is resolved, a swelling population begins to create havoc. With the survival of the human race hanging in the balance, politicians enact increasingly horrific measures and desperate citizens take matters into their own hands.

Jack’s in a position to not just report the news, but change it, and his decisions and observations creates an epic thriller that pits the potential of human immortality against a force designed to change – or obliterate – humanity itself.

Only one man might stand in its way…the man buried in the obits department. The Final Enemy is a story of social disintegration as well as a saga of survival. Secret plans, starvation, suicide, and a series of events that spiral the human race into a desperate survival mode evolve from a seemingly singular event and leads to a fast-paced action story that delights with its penchant for the unexpected.

In the tradition of A.G. Riddle and Matthew Mather, The Final Enemy is a gripping blend of thriller and science fiction that will prove hard to put down. 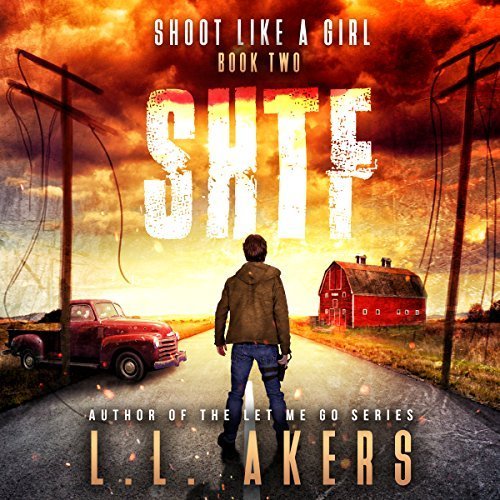 Fight Like A Girl by LL Akers
Narrated by Kevin Pierce

Would your neighborhood work together to survive if the s–t hit the fan?

More chaos erupts in book two of the SHTF series when the lights don’t come back on and there’s still no word – or help – from the government. Tullymore is divided, and on the brink of an internal war. Tensions only rise further when one innocent life is on the line, and they must make a deadly trip into town to scavenge for a crucial supply that someone may have had all along.

Do you bring enough to the table to join a stronger group?

On the homestead, Jenny is a shocking surprise to everyone, and Puck is feeling as though he must stand up and be a man to prove his mettle to the group in order to stay. But there might not be the safest place to be, after all.

A map to the farm is lost – and found – by the worst possible people. Now, they have more to fear than just dehydration and starvation.

Elmer mounts his tractor and attempts to return home to his dear wife, Edith. But when pop goes the weasel, he’s not the only one surprised by what lies ahead on the road.

Bullets and blood are the new currency, and death is imminent unless they can all learn to Shoot Like a Girl in book two of The SHTF Series, a post-apocalyptic thriller.

International best-selling author Jeremy Robinson has been compared to both Matthew Reilly and Stephen King. In Forbidden Island, he brings the characters and plotting of the fastest paced thrillers together with mind-bending imaginative horrors.

On the precipice of a cliff, contemplating suicide, dishonorably discharged US Army Ranger Rowan Baer is invited to provide security to a research team visiting the most dangerous island in the world – North Sentinel Island in the Sea of Bengal. Seeking redemption, he accepts.

Living among Amazon rainforest tribes, eccentric Israeli anthropologist Talia Mayer is recruited to study the island’s elusive inhabitants – the Sentinelese – who have resided on the tropical island since the dawn of mankind. Seeing the chance of a lifetime, she joins the team.

On the run from his past, Palestinian linguist Mahdi Barakat is given little choice: join the expedition and make contact with the Sentinelese, or be left to face the men tracking him down. Afraid for his life, he finds safe harbor halfway around the world.

As part of an expedition funded by the Indian government and supported by a local resort millionaire, the team struggles to make contact with the Sentinelese, a tribal people renowned for their violence, strange behavior, and mysterious ways. But when the expedition’s yacht strikes a reef, and sinks, the team finds themselves stranded on an island few people have ever set foot on and survived, an island that they quickly discover is home to far more than primitive tribal people.

…They uncover the very source of evil. 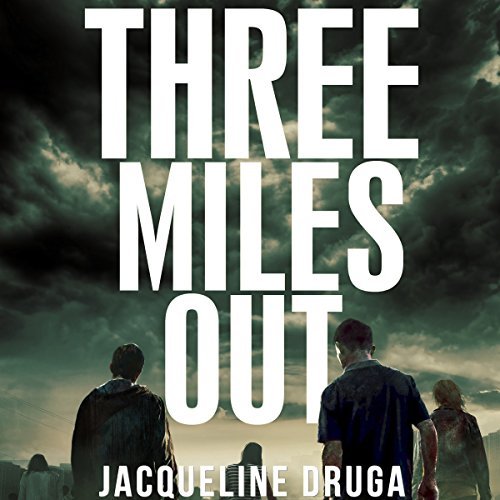 Three Miles Out by Jacqueline Druga
Narrated by Michael Johnson

The ultimate biological warfare attack is achieved when a group of American soldiers return home from deployment infected with a highly contagious pathogen. The ground zero incubation period is lengthy, and before it is even known that they are infected, the soldiers have already carried it to various cities across the United States.

The culprit of this weapon is not a country or even a person, but rather nature itself.

Within time, no place in the world is safe.

Typically, after work, Brady Lawrence is content sitting on his couch playing video games, taking care of his mother, and watching for disturbing stories on the news. When a particularly gruesome case quarantines the next town over, Brady convinces his best friend, Jason, to go with him and investigate. Their curiosity leads them not only into the thick of things but stuck at the center of ground zero.

In the midst of trying to get out and make it home before the outbreak reaches their families, Brady and Jason soon find themselves on a path to being unlikely heroes in the battle against the infected.

The infection spreads like wildfire, and finding a cure or method to beat it seems hopeless.

Three Miles Out: Book One is the journey of that outbreak. 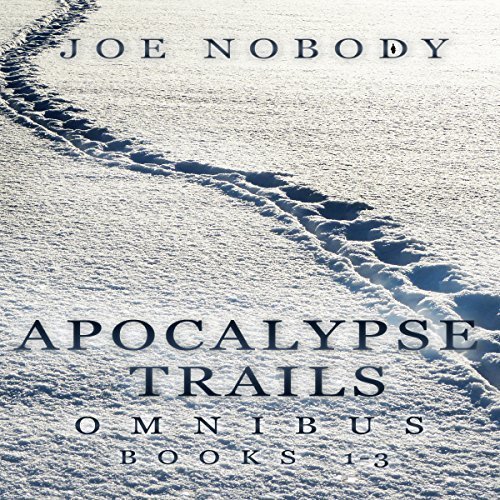 The first three episodes of best-selling author Joe Nobody’s highly regarded serial, Apocalypse Trails, begins the story of Commander Jack Cisco and his harrowing journey to reunite with his family. 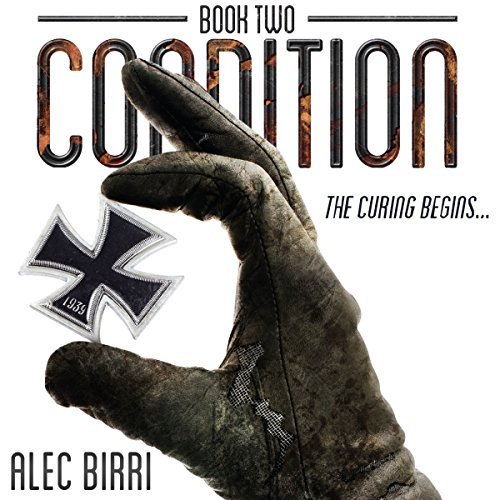 The Condition by Alec Birri
Narrated by Jonathan Keeble

The second in a dystopian trilogy based on the author’s command of a top secret government unit.

Discovering an infamous Nazi doctor conducted abortions in Argentina after the Second World War may not come as a surprise, but why was the twisted eugenicist not only allowed to continue his evil experiments but encouraged to do so? And what has that got to do with a respected neurologist in 2027? Surely, the invention of a cure for nearly all the world’s ailments can’t possibly have its roots buried in the horrors of Auschwitz?

The unacceptable is about to become the disturbingly bizarre. What has the treatment’s “correction” of pedophiles got to do with the president of the United States, the pope, and even the UK’s Green Party?

As if the Condition trilogy wasn’t unsettling enough…. 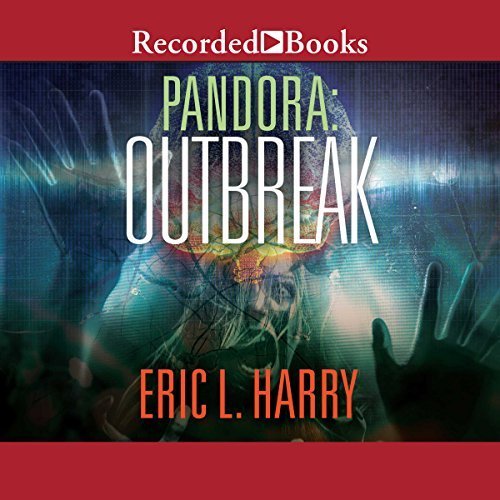 Beginning of the End

They call it Pandoravirus. It attacks the brain. Anyone infected may explode in uncontrollable rage. Blind to pain, empty of emotion, the infected hunt and are hunted. They attack without warning and without mercy. Their numbers spread unchecked. There is no known cure.

Emma Miller studies diseases for a living – until she catches the virus. Now she’s the one being studied by the US government and by her twin sister, neuroscientist Isabel Miller. Rival factions debate whether to treat the infected like rabid animals to be put down, or victims deserving compassion.

As Isabel fights for her sister’s life, the infected are massing for an epic battle of survival. And it looks like Emma is leading the way…. 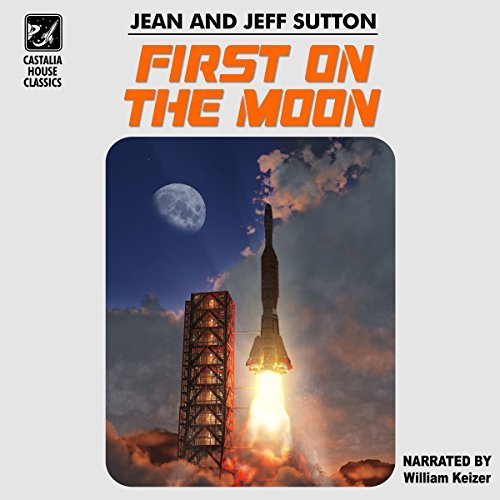 When Adam Crag learns that one of the other candidates to fly the USA’s first prospective moon lander has been murdered, he is thrust into the leadership of a secretive moon launch. Unfortunately for him, the Soviets are a step ahead. From the moment Crag is selected, deadly complications plague the mission, including the possibility that one of the three crew members is a sleeper agent for the other side.

Written by an expert on the US space program, First on the Moon is an exciting tale of what might have happened if the Cold War rivalry between the USA and the Soviet Union had not only been extended to the space race, but turned hot outside the limits of Earth’s atmosphere. Part space exploration, part military science fiction, First on the Moon is a true classic of the Space Age that should not be missed by any science fiction fan.