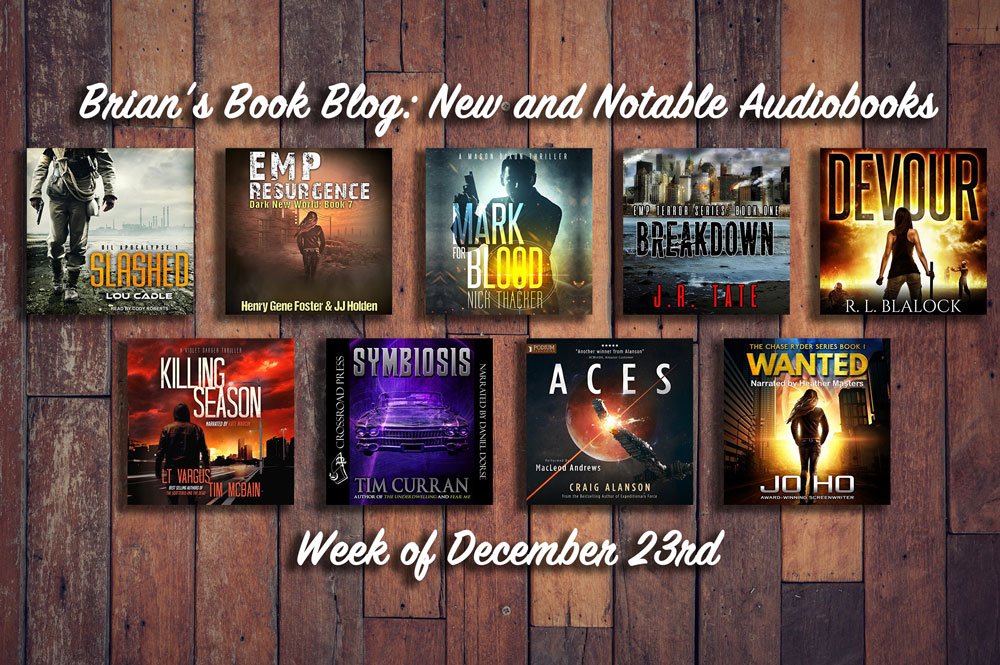 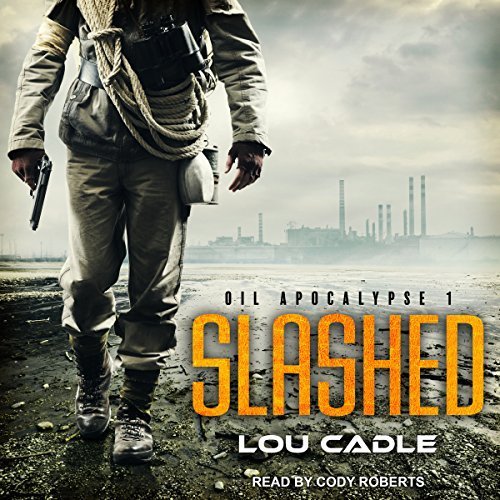 It’s the end of oil. We knew it was coming one day. But it happened so fast!

Devlin Quinn turns 16 the same week that a battle in a distant war shuts off the flow of imported petroleum to the US.

Gas runs low, then runs out, and soon the highways are empty.

And then it gets very serious. The grocery store shelves are empty, and people become desperate for food.

Dev is trained to fight-his father made sure of that-but is he trained enough? Smart enough? Tough enough? He is about to find out when people desperate for food flee the burning cities and attack…. 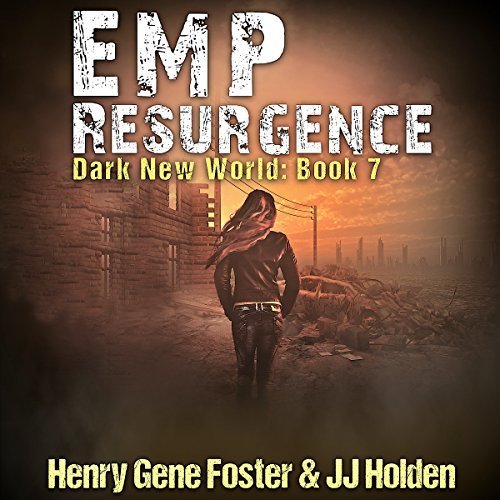 Even heroes can fall….

Jaz thought settling down with Choony in New America’s capital would be safer than life on the road, but she couldn’t have been more wrong. When the invaders begin to stir back to life in New York and Maryland, Jaz is reunited with an old enemy. Will she be able to escape the violent clutches of her worst nightmare come true?

The Mountain seems to be a sleeping giant, but little does the Clan know it’s stirring. After a failed attempt to take over the eastern states, they are hatching a new plan. A plan that one of their own is terrified of and is willing to risk his life to stop. 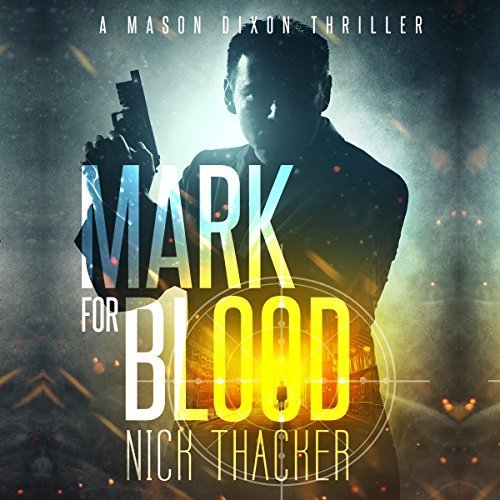 Mark For Blood by Nick Thacker
Narrated by Harmon Gamble

All Mason Dixon wants is to mix classy drinks for classy people… Mason owns a bar, and he’s not getting any younger. He wants nothing more than to retire in peace, fishing and drinking with the locals. But his past as an assassin is catching up with him. Mason moonlights as an assassin, taking jobs to remove “marks” from the playing field. It pays well, and he’s good at it. So when he makes a mistake, things quickly get out of hand and he finds himself racing against the clock to save a life he inadvertently put into danger. 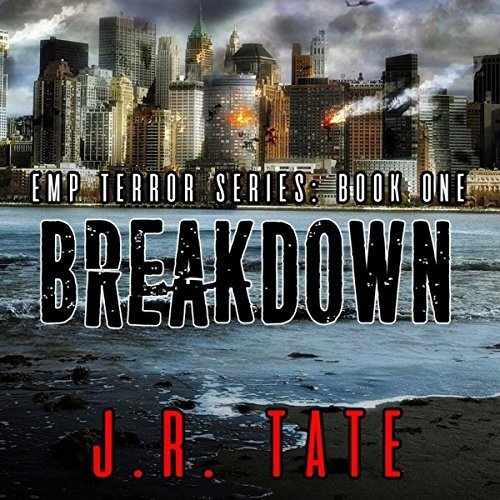 A situation of this magnitude had always been talked about – but could it ever really happen?

Jake Shepherd is piloting a flight to Seattle when out of the blue, his aircraft falls from the sky. The power-grid across the United States crashes, leaving all computerized machines crippled, sending the country into a disastrous tailspin.

Alice Shepherd is working the emergency room when hundreds of injured people pour in needing help. With no electricity, resources are limited – once the back up generators fail, the hospital will not be able to handle the influx of patients being brought in, guaranteeing that all hell will break loose.

Everyone is speculating and panicking. No one knows what really happened. The only thing everyone can agree on is their simple, convenient, technological world is gone. Everyone is left to fight – kill or be killed. Survive or die. 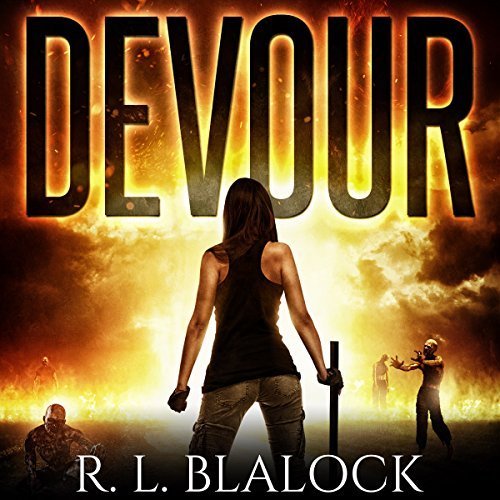 An infection is spreading. People are dying, but they don’t stay dead.

St. Louis is falling to pieces. In the midst of rioting, a dangerous new disease has sprung up, pushing an already dire situation over the edge. Those who are infected suddenly become extremely aggressive, attacking and even eating those around them.

And Olivia Bennett is caught right in the middle of it.

When Liv comes face to face with the infected, her hectic life grinds to a halt as the city around her begins to devour itself. Forced to flee from her car with nothing but her 18-month-old daughter, Elli, Liv must trek 40 miles on foot across the feral infested suburbs of St. Louis to a safe haven that may not even be safe.

Fight or die. What other hope does she have? 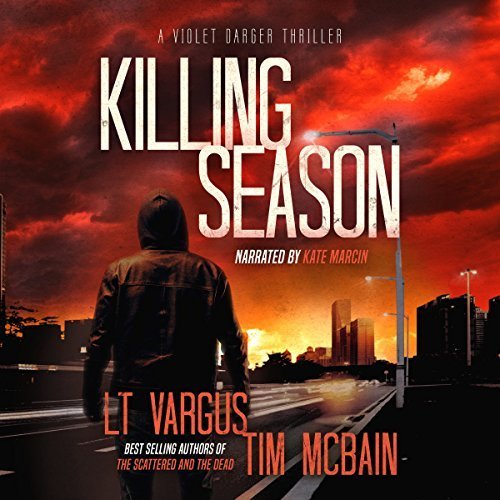 Two days. Fourteen dead. The next victim could be you.

The first bullet punches through the windshield of an SUV. A head shot. The driver’s death is instantaneous. And it’s only the beginning.

A sniper along I-20 kills eight and causes a 36 car pileup. Brutal. Efficient.

The next morning, the same individual stalks through a grocery store parking lot with a handgun. He takes out six innocent shoppers along with the store’s front window before fleeing without a trace.

By the time Special Agent Violet Darger arrives in Atlanta, the city teeters toward panic. The vacant streets and restaurants paint an eerie picture. No one dares to venture out.

A killer walks among them. A shadow. And the public cowers just the way he wants them to.

Once more Agent Darger must identify with a murderer, must stare into the darkness to anticipate his next move. Putting herself in his head may be the only way to stop him.

The longer she takes, the higher the death toll. He will kill again and again.

But what hatred drives a man to such desperate, violent acts?

And what price must one pay to invite that chaos inside themselves?

The books in the series can be read in any order, so grab Killing Season and get started today. 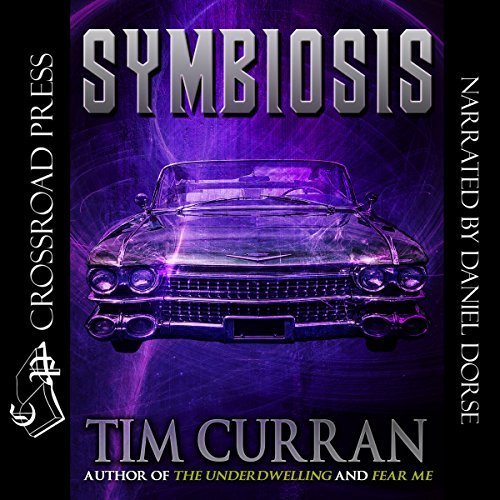 When Flynn was sixteen, he was a new kid in a new school. At first, he was ignored. Then he was bullied, tormented, and beaten. Chad Reese offered him a way out. He introduced him to Toddy and Bones. They made Flynn’s enemies their own. Before long, he was the most popular kid at school. But there was a price. When he wouldn’t pay it, they took something he loved. Now, thirty years later, Flynn is rich and successful. Everything he touches seems to turn into gold. Until he comes back home to discover that the payment for living the good life has been long overdue. 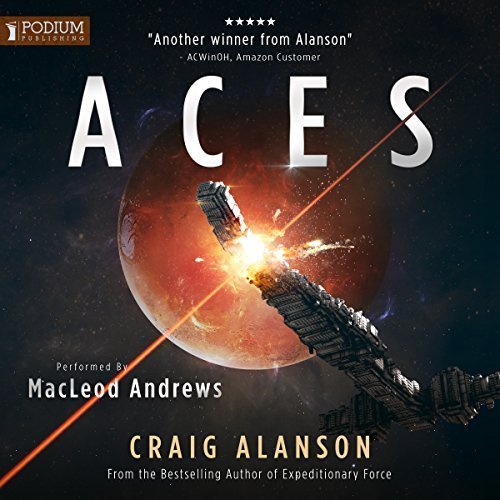 When thieves attack the transport ship to steal an ancient alien artifact, and young Kaylee and her brother, Manny, are cut off from their parents, they have to stop the thieves from getting what they want, because once the thieves have the artifact, they’re not leaving any witnesses. 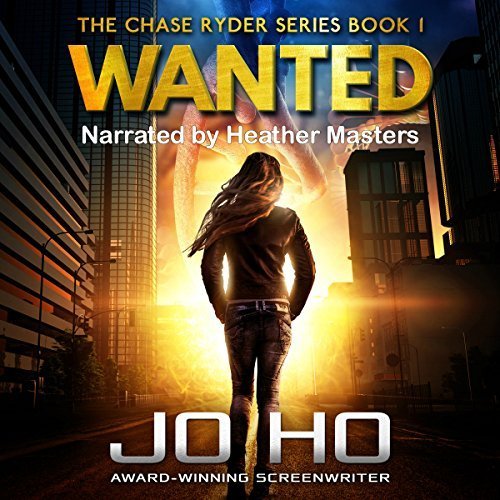 To them, he was an experiment. To her, he was family.

The first time I saw him, I had no idea he was created in a lab.

I’d been living on the streets for around eight months before I lost count. It wasn’t easy, but it was still preferable to what I had to deal with at home. In all that time, unable to trust anyone, I had been alone (I knew from experience that people always failed you). Then one day, while out searching for food, I stumbled upon this mangy dog being attacked. It wasn’t a big deal to help him, but then he ended up saving my life which is when I realized there was something special about him: Muttface wasn’t a normal dog – he was crazy intelligent. I’m talking Mensa levels. And he wasn’t an accident either, having recently escaped from a mysterious lab.

We were just getting to know each other when things took a bloody turn.

The vet, Sully, a troubled guy who had recently lost his wife to cancer, did what he could and I guess that would’ve been the end of our story if we hadn’t been attacked by a gang of mercenaries who destroyed Sully’s clinic and seemed intent on doing the same to us.

So now here we were, the three of us. On the run across the country against a powerful enemy. Who were they and what did they want with us?

Through the danger, terror, and pain, one thing was becoming clear to me: I had finally found the family I had always wanted and I would do anything to keep them safe…

Even if it meant risking my own life.

One thought on “New & Notable Audiobooks Week of December 23rd”