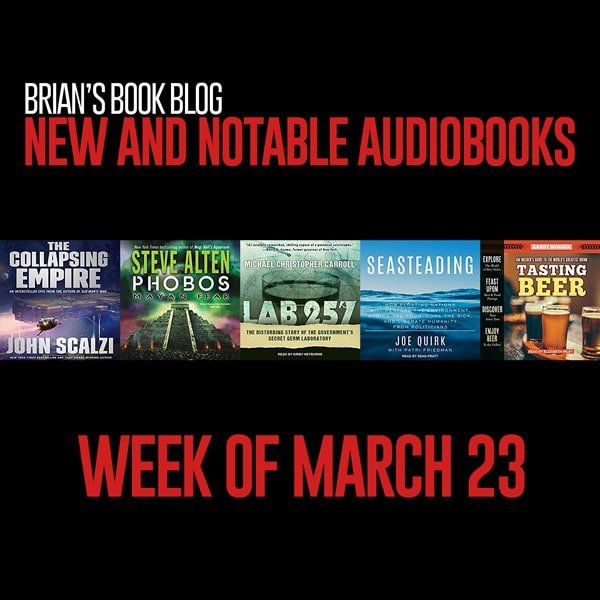 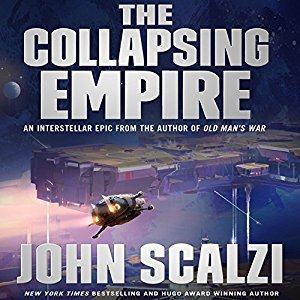 The Collapsing Empire: The Interdependency, Book 1 by John Scalzi
Narrated by Wil Wheaton

Our universe is ruled by physics, and faster-than-light travel is not possible – until the discovery of The Flow, an extradimensional field we can access at certain points in space-time that transports us to other worlds, around other stars.

Humanity flows away from Earth, into space, and in time forgets our home world and creates a new empire, the Interdependency, whose ethos requires that no one human outpost can survive without the others. It’s a hedge against interstellar war – and a system of control for the rulers of the empire.

The Flow is eternal – but it is not static. Just as a river changes course, The Flow changes as well, cutting off worlds from the rest of humanity. When it’s discovered that The Flow is moving, possibly cutting off all human worlds from faster-than-light travel forever, three individuals – a scientist, a starship captain, and the empress of the Interdependency – are in a race against time to discover what, if anything, can be salvaged from an interstellar empire on the brink of collapse. 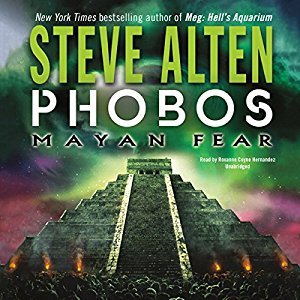 For 2,000 years, the Mayan Calendar has prophesied the end of mankind on a date equating to December 21st, 2012. As that day approaches, greed, corruption, economic collapse, and violence seem to be pushing our species to the predicted brink of disaster. But there is another doomsday threat looming in our near future, a very real threat that can wipe out not only humanity but our entire planet.

Phobos: Mayan Fear, Steve Alten’s third book in the Mayan prophecy-based Domain series, is a doomsday rollercoaster ride of adventure that follows Immanuel Gabriel to the end of the world and back again for one last shot at salvation. During Immanuel’s journey with his deceased grandfather, archaeologist Julius Gabriel, Julius reveals everything the Mayans knew and feared – from the secrets of creation that predate the Big Bang to the existence of extraterrestrials that have come to Earth to save our species.

The universe is not what it seems, nor is human existence. The ticking clock of physicality that begins at conception and terminates with our final breath is neither the end nor the beginning, but an elaborate ruse constructed as a test.

We are failing miserably.

Strictly off limits to the public, Plum Island is home to virginal beaches, cliffs, forests, ponds – and the deadliest germs that have ever roamed the planet.
Lab 257 blows the lid off the stunning true nature and checkered history of Plum Island. It shows that the seemingly bucolic island in the shadow of New York City is a ticking biological time bomb that none of us can safely ignore. Based on declassified government documents, in-depth interviews, and access to Plum Island itself, this is an eye-opening, suspenseful account of a federal government germ laboratory gone terribly wrong.

For the first time, Lab 257 takes you deep inside this secret world and presents startling revelations on virus outbreaks, biological meltdowns, infected workers, the periodic flushing of contaminated raw sewage into area waters, and the insidious connections between Plum Island, Lyme disease, and the deadly West Nile virus. The book also probes what’s in store for Plum Island’s new owner, the Department of Homeland Security, in this age of bioterrorism.

Lab 257 is a call to action for those concerned with protecting present and future generations from preventable biological catastrophes. 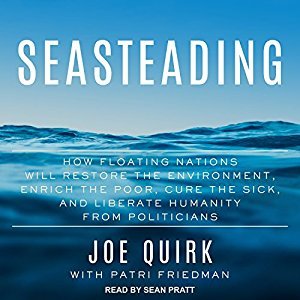 Seasteading: How Floating Nations Will Restore the Environment, Enrich the Poor, Cure the Sick, and Liberate Humanity from Politicians by Joe Quick & Patri Friedman
Narrated by Sean Pratt

Our planet is suffering from serious environmental problems: coastal flooding due to severe storms caused in part by atmospheric pollution, diminishing natural resources such as clean water, and so on. But while these problems plague planet Earth, two-thirds of our globe is ocean. The seas can be home to pioneers, seasteaders, who are willing to homestead the Blue Frontier. Oil platforms and cruise ships already inhabit the waters; now it’s time to take the next step to full-fledged ocean civilizations.

In their fascinating examination of a practical solution to our earthly problems, Joe Quirk and Patri Friedman profile some of the visionaries who are implementing basic concepts of seasteading: farming the oceans for new sources of nutrition; using the seas as a new sustainable energy source; establishing more equitable economies; and reinventing architecture to accommodate the demands of living on the ocean. 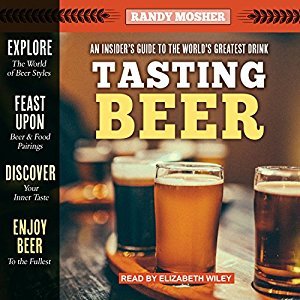 Everyone knows how to drink beer, but few know how to really taste it with an understanding of the finer points of brewing, serving, and food pairing. Discover the ingredients and brewing methods that make each variety unique, and learn to identify the scents, colors, flavors, and mouthfeel of all the major beer styles. Recommendations for more than 50 types of beer from around the world encourage you to expand your horizons. Uncap the secrets in every bottle of the world’s greatest drink!

Week of May 23rd New and Notable Audiobo