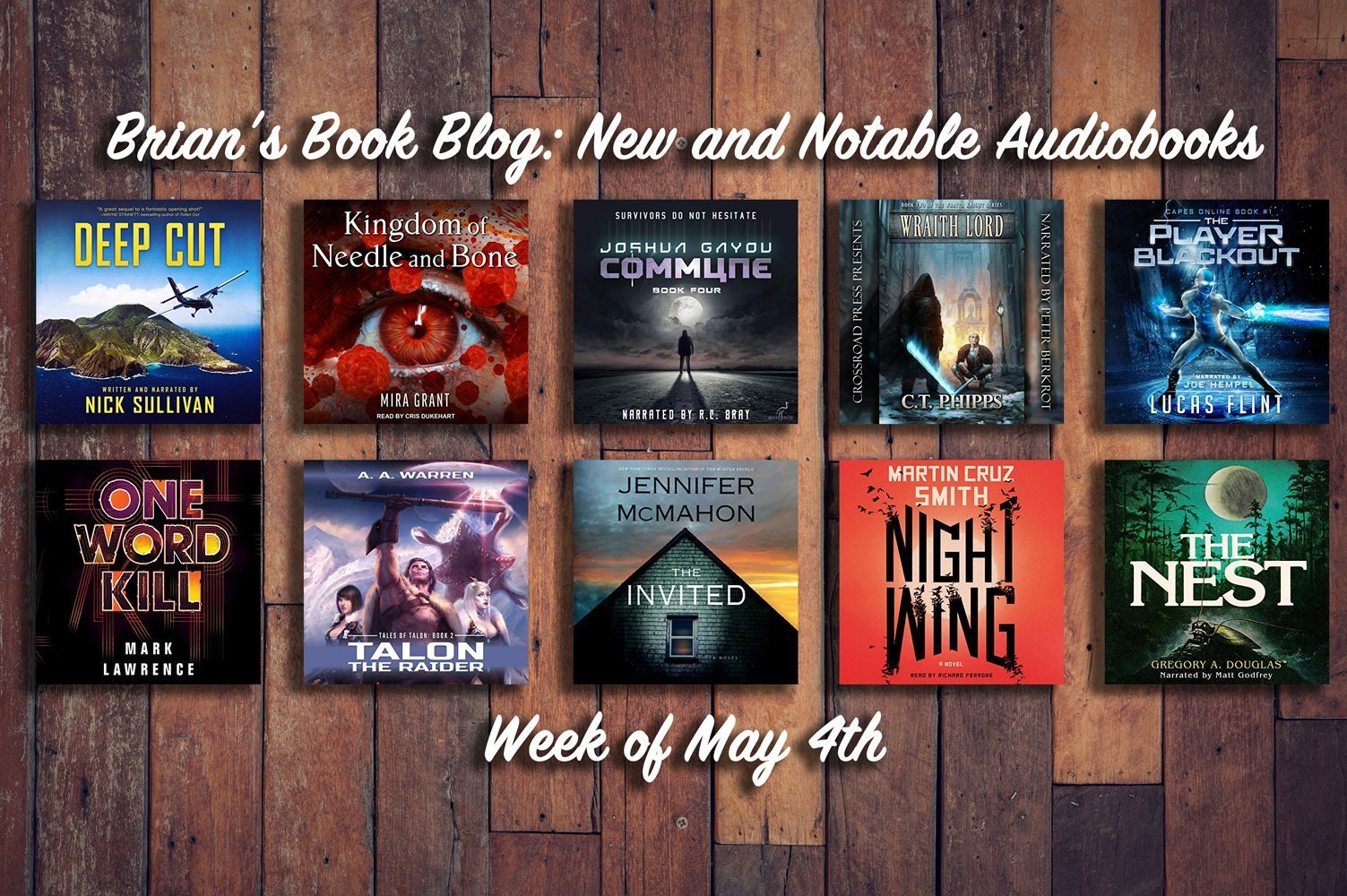 Welcome to Brian’s Book Blog’s weekly New and Notable Post for the Week of May 4th. 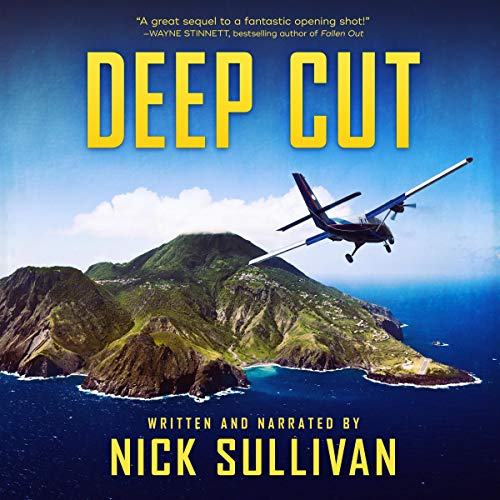 Sometimes, the brightest corners of the world can hold the darkest shadows.

Rising steeply from the turquoise waters of the Caribbean, the Dutch island of Saba is a sleepy paradise, the mountainous slopes dotted with little red-and-white cottages and the seas teeming with life. But this little oasis has a less tranquil history, many of its inhabitants having descended from smugglers and pirates.

Boone Fischer and Emily Durand are eager to explore their new home, but their peaceful lives are about to be shattered, as one of history’s most powerful hurricanes begins to form – and, as if that weren’t enough, a savage evil has made its way ashore. In this sequel to the best seller Deep Shadow, Nick Sullivan brings listeners to another fascinating corner of the world and sends them into a swirl of action and adventure. 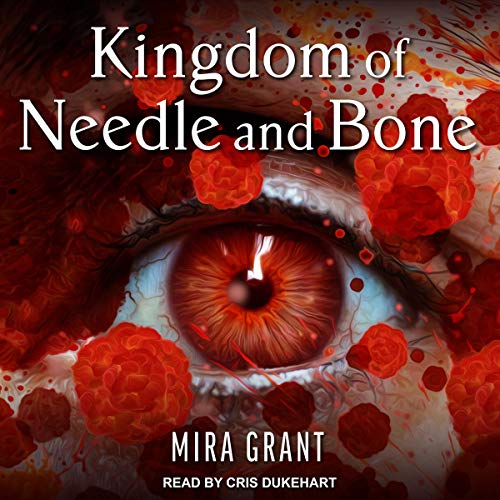 Modern medicine has conquered or contained many of the diseases that used to carry children away before their time, reducing mortality and improving health. Vaccination and treatment are widely available, not held in reserve for the chosen few. There are still monsters left to fight, but the old ones, the simple ones, trouble us no more.

Or so we thought. For with the reduction in danger comes the erosion of memory, as pandemics fade from memory into story into fairy tale. Those old diseases can’t have been so bad, people say, or we wouldn’t be here to talk about them. They don’t matter. They’re never coming back.

It begins with a fever. By the time the spots appear, it’s too late: Morris’s disease is loose on the world, and the bodies of the dead begin to pile high in the streets. When its terrible side consequences for the survivors become clear, something must be done, or the dying will never stop. For Dr. Isabella Gauley, whose niece was the first confirmed victim, the route forward is neither clear nor strictly ethical, but it may be the only way to save a world already in crisis. It may be the only way to atone for her part in everything that’s happened. She will never be forgiven, not by herself, and not by anyone else. But she can, perhaps, do the right thing.

The philosopher asks: “Faced with the mutually exclusive choice between moral principle and the survival of your family, which is the correct path?”

Philosophers love to pose such questions, and in the day-to-day struggle, such thinkers rarely attain to a level of relevance rivaling that of the simple hunger pang. Their careful considerations dissipate under the leveled gun.

We do not feel their disapproving gaze when The Others draw near.

When the world sends doom, the survivors do not hesitate.

The survivors do what is necessary. 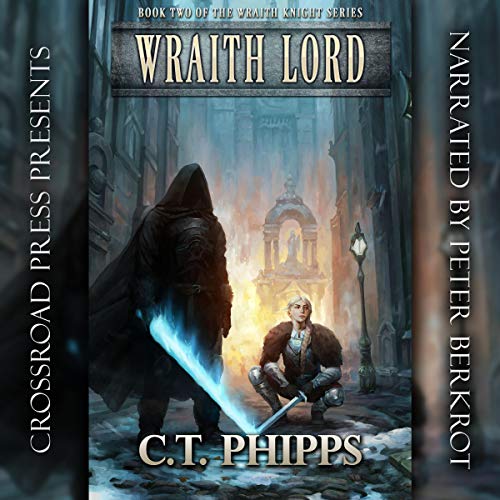 Jacob Riverson has assumed the mantle of the King Below and now rules over all the Shadowkind races. However, his desire to break the cycle of violence between the peoples of the Northern and Southern Kingdoms is doomed. The Nine Heroes will not rest until not just the Dark Lord is slain, but all of his followers.

Jacob thus sets out on a daring but foolhardy mission to a great northern city in order to recruit an army of allies. He hopes to break the Nine Heroes’ army gathering there before it can be used against him. Unfortunately, that may divide his own forces. The Shadowkind, his wives, and secretive forces beyond his own control want a war every bit as much as Jacob’s enemies.

What’s a Wraith Knight to do? 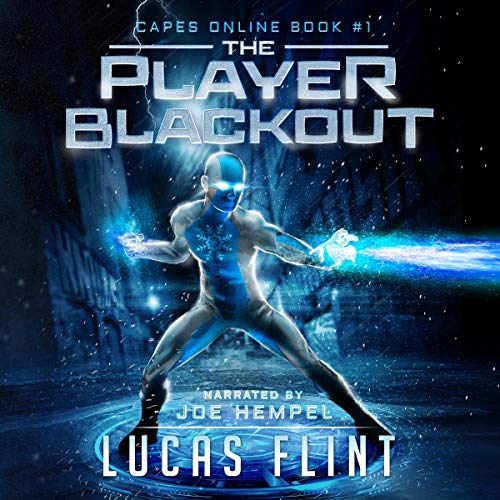 In 2043, Capes Online is the biggest, most popular VRMMORPG in the world. With over one billion active players and counting, gamers can become brave Heroes or cunning Villains, their every choice determining their alignment. Everyone wants to play this game and almost everyone does.

Except for 25-year-old police officer Nyle Maxwell, who can’t log out. Killed in a car accident on his first day on the job, Nyle gets his mind uploaded to Capes Online to save his life. But the one way mind-to-game upload process means Nyle can never return to his physical body in the real world. Nor is he allowed to contact his friends and family outside the game or else he risks deletion by the secretive government organization that put him in the game in the first place.

Things get even worse when a villain known as Dark Kosmos takes over Capes Online not long after Nyle’s arrival. Trapping all of the players in the game and cutting off all contact with the real world, Dark Kosmos targets Nyle for death.

Now Nyle must become a true superhero and save his fellow players from Dark Kosmos while adjusting to his new digital life. All of which would be much easier if he didn’t have a hyperactive sidekick overly fond of puns or if he even wanted to be here in the first place. 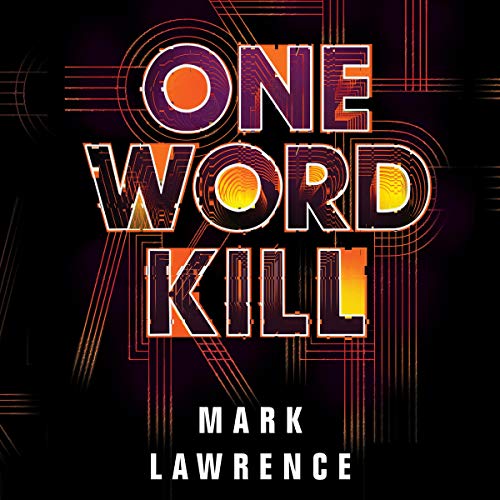 One Word Kill by Mark Lawrence
Narrated by Matthew Frow

In January 1986, fifteen-year-old boy-genius Nick Hayes discovers he’s dying. And it isn’t even the strangest thing to happen to him that week.

Nick and his Dungeons & Dragons-playing friends are used to living in their imaginations. But when a new girl, Mia, joins the group and reality becomes weirder than the fantasy world they visit in their weekly games, none of them are prepared for what comes next. A strange – yet curiously familiar – man is following Nick, with abilities that just shouldn’t exist. And this man bears a cryptic message: Mia’s in grave danger, though she doesn’t know it yet. She needs Nick’s help – now.

He finds himself in a race against time to unravel an impossible mystery and save the girl. And all that stands in his way is a probably terminal disease, a knife-wielding maniac and the laws of physics. 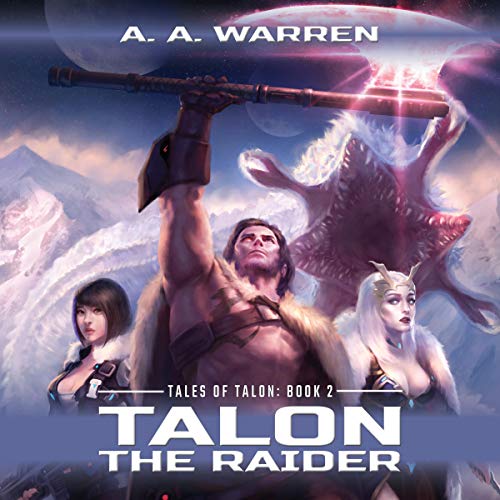 Talon the Raider by A. A. Warren
Narrated by Travis Baldree

A savage planet. A seductive queen. The galaxy’s deadliest warrior is back….

After a lifetime of slavery in the arena, Talon is a free man, eager to see more of the galaxy. But when his tour in the merchant marines comes to a violent end, he finds himself stranded on the ice world of Neros with a beautiful stowaway named Vaki.

Struggling to survive on the frigid world, Talon and Vaki must overcome freezing temperatures, violent earthquakes, and a horde of deadly creatures. Their only hope for escape lies in an alliance with Queen Katara, the exiled ruler of a brutal mining colony.

But the seductive queen’s bargain may prove even deadlier than the planet itself…. 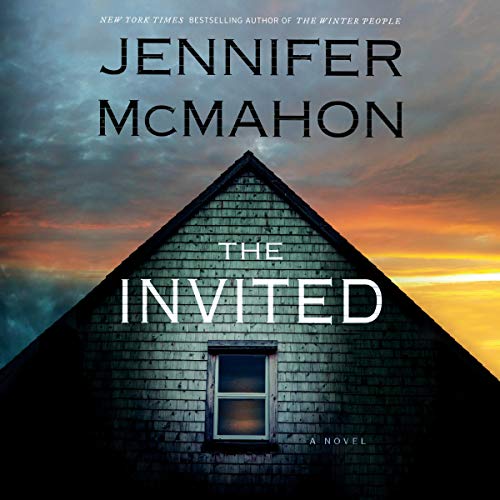 A chilling ghost story with a twist: The New York Times best-selling author of The Winter People returns to the woods of Vermont to tell the story of a husband and wife who don’t simply move into a haunted house – they build one….

In a quest for a simpler life, Helen and Nate have abandoned the comforts of suburbia to take up residence on 44 acres of rural land where they will begin the ultimate, aspirational do-it-yourself project: building the house of their dreams.

When they discover that this beautiful property has a dark and violent past, Helen, a former history teacher, becomes consumed by the local legend of Hattie Breckenridge, a woman who lived and died there a century ago. With her passion for artifacts, Helen finds special materials to incorporate into the house – a beam from an old schoolroom, bricks from a mill, a mantel from a farmhouse – objects that draw her deeper into the story of Hattie and her descendants, three generations of Breckenridge women, each of whom died suspiciously.

As the building project progresses, the house will become a place of menace and unfinished business: a new home, now haunted, that beckons its owners and their neighbors toward unimaginable danger. 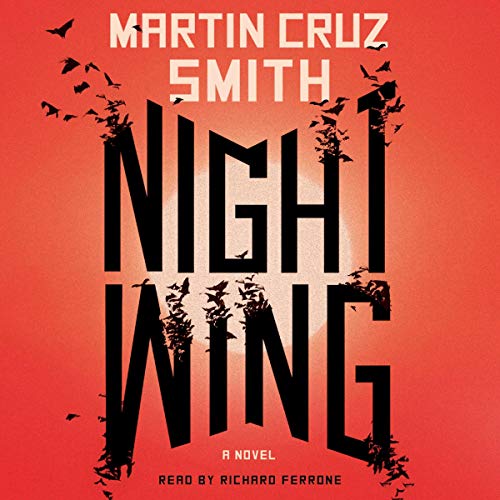 From Martin Cruz Smith, the internationally best-selling author of Gorky Park, comes a reissue of Nightwing, the million-copy bestseller that Stephen King called “one of the best horror novels in the last 20 years.”

As darkness gathers, the sky is filled with frantic motion and maddening murmurs. In an effort to end the world, an unhappy, aging Native American shaman invokes the Hopi god of death. Those around him remain skeptical, dismissing him as crazy old man. Then they discover his mutilated, bloody body and soon other similarly disfigured bodies begin to appear. Horses, sheep, cattle – no living thing is safe. But what is causing the horrible deaths?

Deputy Sheriff Duran is called back to the reservation to investigate. Immediately, Duran recognizes the significance of the shaman’s spell and, with the help of two scientists, he works to combat the supernatural scourge – before there’s nothing left to save.

The Nest by Gregory A. Douglas
Narrated by Matt Godfrey

It was just an ordinary garbage dump on peaceful Cape Cod. No one ever imagined that conditions were perfect for breeding, that it was a warm womb, fetid, moist, and with food so plentiful that everything creeping, crawling, and slithering could gorge to satiation. Then a change in poison control was made, resulting in an unforeseen mutation. Now the giant mutant cockroaches are ready to leave their nest – in search of human flesh!