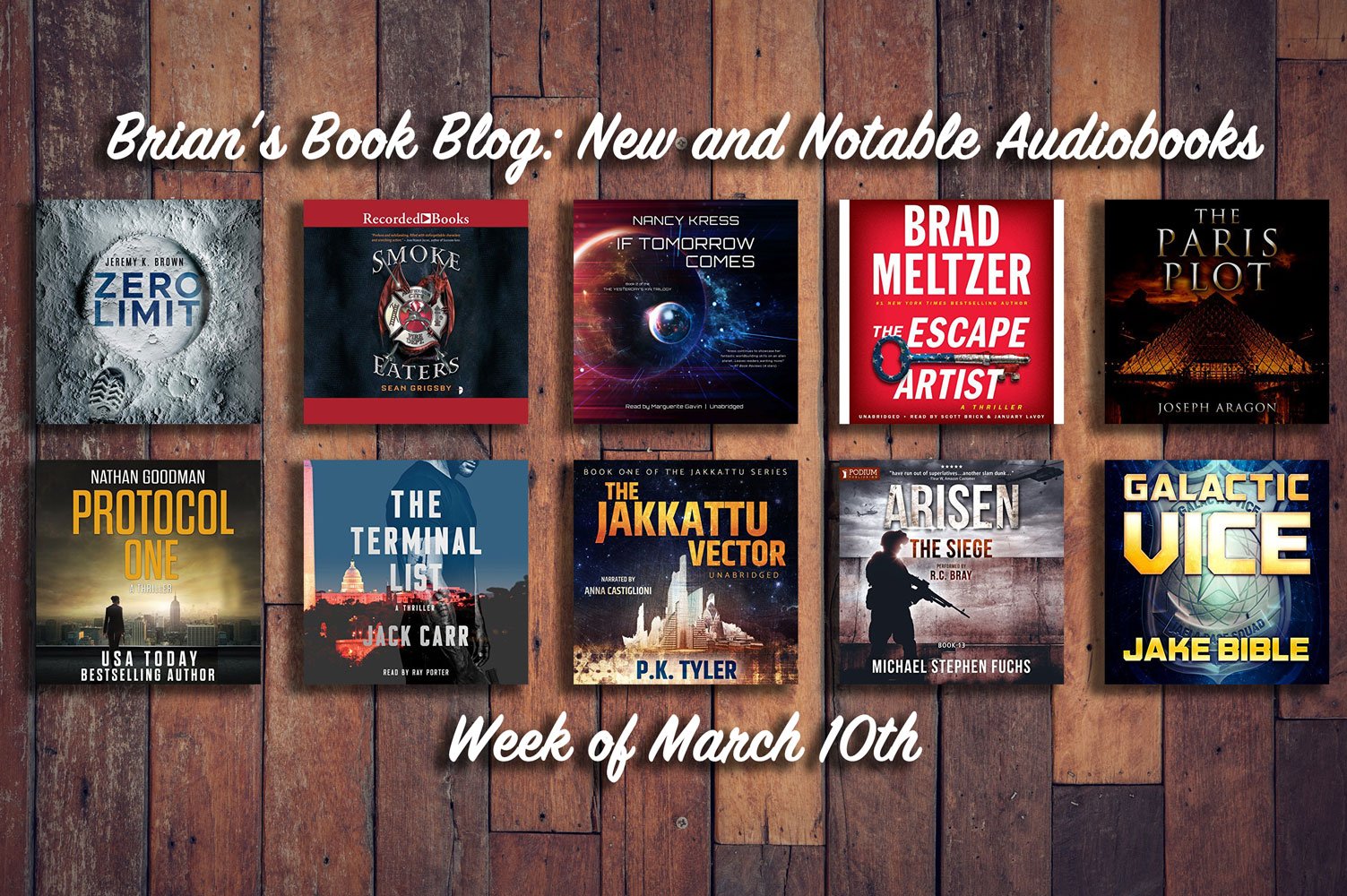 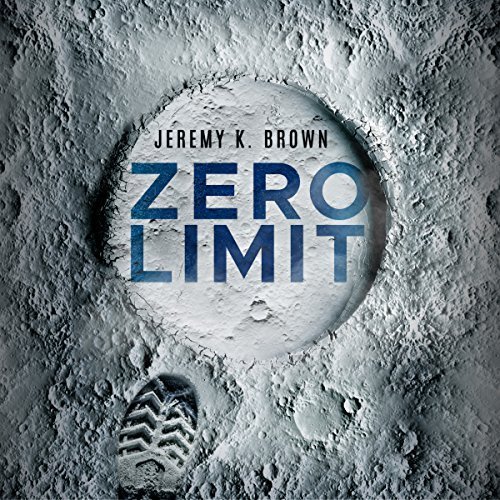 For war hero Caitlin Taggart, mining work on the Moon is dirty, low pay, and high risk. But no risk seems too extreme if it helps her return to Earth and the daughter she loves more than life itself. Offered a dangerous, long-shot chance to realize that dream, Caitlin will gamble with more than just her life.

By leading a ragtag crew of miners on a perilous assignment to harvest an asteroid, Caitlin could earn a small fortune. More importantly, it would give her clearance to return to Earth.

But when an unexpected disaster strikes the mission, Caitlin is plunged into a race to save not only herself, but every human being on Earth. 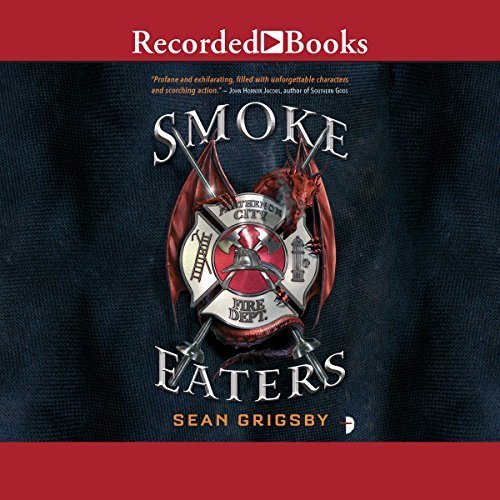 When dragons rise from the earth, firefighters are humanity’s last line of defense, in this wild near-future fantasy.

Firefighter Cole Brannigan is on the verge of retirement after 30 years on the job, and a decade fighting dragons. But during his final fire call, he discovers he’s immune to dragon smoke. It’s such a rare power that he’s immediately conscripted into the elite dragon-fighting force known as the Smoke Eaters. Retirement cancelled, Brannigan is re-assigned as a lowly rookie, chafing under his superiors. So when he discovers a plot to take over the city’s government, he takes matters into his own hands. With hundreds of innocent civilians in the crosshairs, it’s up to Brannigan and his fellow Smoke Eaters to repel the dragon menace. 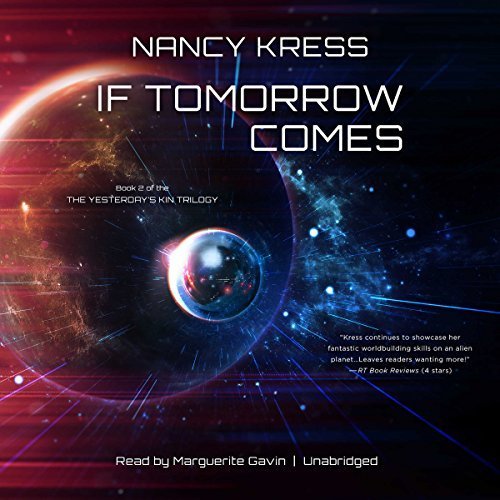 If Tomorrow Comes by Nancy Kress
Narrated by Marguerite Gavin

Ten years after the aliens left Earth, humanity has succeeded in building a ship, Friendship, in which to follow them home to Kindred. Aboard are a crew of scientists, diplomats, and a squad of Rangers to protect them. But when the Friendship arrives, they find nothing they expected: no interplanetary culture, no industrial base, and no cure for the spore disease.

A timeslip in the apparently instantaneous travel between worlds has occurred, and far more than 10 years have passed.

Once again scientists find themselves in a race against time to save humanity and their kind from a deadly virus while a clock of a different sort runs down on a military solution no less deadly to all. Amid devastation and plague come stories of heroism and sacrifice and of genetic destiny and free choice, with its implicit promise of conscious change. 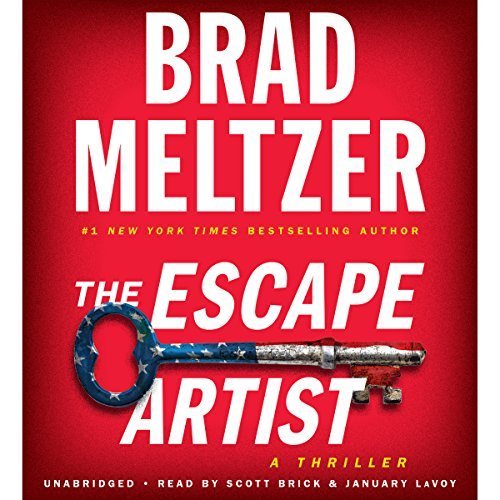 “Meltzer is a master and this is his best. Not since The Girl with the Dragon Tattoo have you seen a character like this. Get ready to meet Nola. If you’ve never tried Meltzer, this is the one.” (Harlan Coben)

Who is Nola Brown?

Nola is a mystery.

And Nola is supposed to be dead.

Her body was found on a plane that mysteriously fell from the sky as it left a secret military base in the Alaskan wilderness. Her commanding officer verifies she’s dead. The US government confirms it. But Jim “Zig” Zigarowski has just found out the truth: Nola is still alive. And on the run.

Zig works at Dover Air Force Base, helping put to rest the bodies of those who die on top-secret missions. Nola was a childhood friend of Zig’s daughter and someone who once saved his daughter’s life. So when Zig realizes Nola is still alive, he’s determined to find her. Yet as Zig digs into Nola’s past, he learns that trouble follows Nola everywhere she goes.

Nola is the US Army’s artist-in-residence – a painter and trained soldier who rushes into battle, making art from war’s aftermath and sharing observations about today’s wars that would otherwise go overlooked. On her last mission, Nola saw something nobody was supposed to see, earning her an enemy unlike any other, one who will do whatever it takes to keep Nola quiet.

Together, Nola and Zig will either reveal a sleight of hand being played at the highest levels of power or die trying to uncover the US Army’s most mysterious secret – a centuries-old conspiracy that traces back through history to the greatest escape artist of all: Harry Houdini. 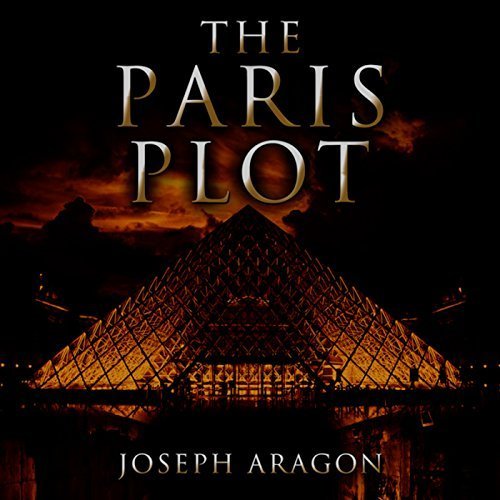 The Paris Plot by Joseph Aragon
Narrated by Ben Werling

Izzy Stone, a top Secret Service agent, is in charge of a presidential visit to Paris. Without warning, a powerful French magistrate charges the US President with war crimes and crimes against humanity after an American counterterrorist strike goes awry. Now Izzy finds herself in a bloody, desperate race to save POTUS from certain death.

A lethal cat and mouse chase unfolds across the City of Lights as Izzy uses her knowledge of Paris’ ancient catacombs, a buried chateau fort, and the great Louvre to elude their pursuers. As France and the US approach an unthinkable military crisis and uneasy world powers move toward Defcon One, only Izzy can prevent an international catastrophe. 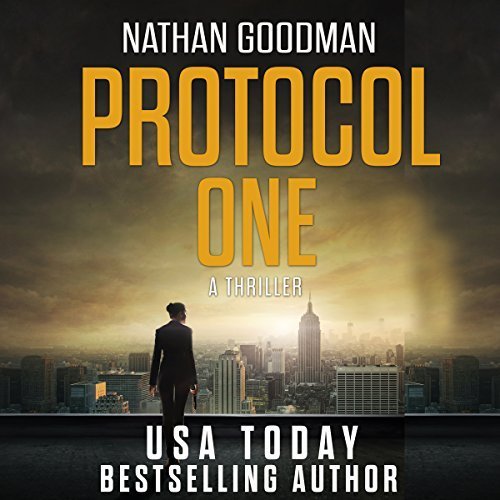 Protocol One by Nathan Goodman
Narrated by Joe Farinacci

The first casualty of terror is innocence

When Jana Baker first landed the internship of a lifetime, she never imagined walking into a pit of terrorists. But when a secretive federal agent approaches her, she learns the truth and has no choice but to infiltrate their plot. As Agent Stone tries to protect her, Jana pushes past the outer edges of peril only to find herself clinging for life. 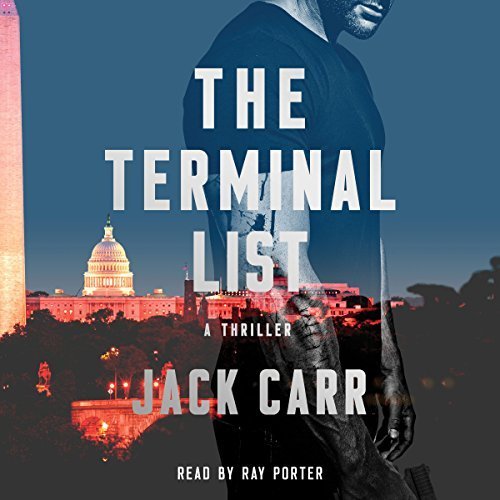 The Terminal List by Jack Carr
Narrated by Ray Porter

A Navy SEAL has nothing left to live for and everything to kill for after he discovers that the American government is behind the deaths of his team in this ripped-from-the-headlines political thriller.

On his last combat deployment, Lieutenant Commander James Reece’s entire team was killed in a catastrophic ambush that also claimed the lives of the aircrew sent in to rescue them. But when those dearest to him are murdered on the day of his homecoming, Reece discovers that this was not an act of war by a foreign enemy but a conspiracy that runs to the highest levels of government.

Now, with no family and free from the military’s command structure, Reece applies the lessons that he’s learned in over a decade of constant warfare toward avenging the deaths of his family and teammates. With breathless pacing and relentless suspense, Reece ruthlessly targets his enemies in the upper echelons of power without regard for the laws of combat or the rule of law.

An intoxicating thriller that cautions against the seduction of absolute power and those who would do anything to achieve it, The Terminal List is perfect for fans of Vince Flynn, Brad Thor, Stephen Hunter, and Nelson DeMille. 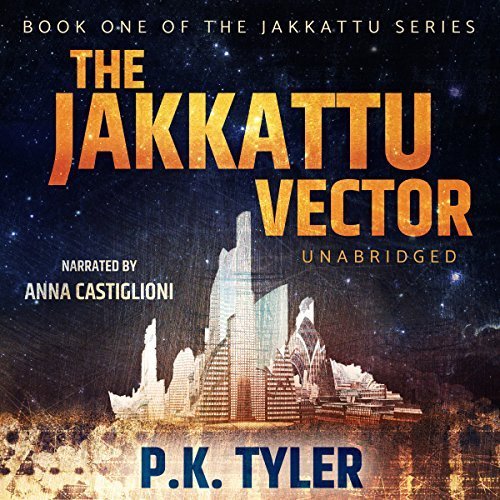 The Jakkattu Vector by P.K. Tyler
Narrated by Anna Castiglioni

They came as saviors to a deteriorating Earth.

Julip Torne questions whether there is more to life beyond the barren dirt, acidic seas, and toxstorms her people work and die in. Living in poverty on the withering Greenland Human Reservation, she wonders if the alien Mezna goddesses are truly as holy as the temple preaches.

Meanwhile, Jakkattu prisoner Sabaal suffers constant torture and heinous medical experiments as Mezna-priest captors seek to unlock the key to her genetic makeup. She escapes captivity but ends up alone on the hostile alien planet of Earth. If she is to survive, she must work with the same Mezna-human hybrids she’s loathed her entire life.

When humans and Mezna collide, will Sabaal turn out to be the genetic vector the Mezna have been searching for all along, or will she spark the flame that sets a revolution ablaze? 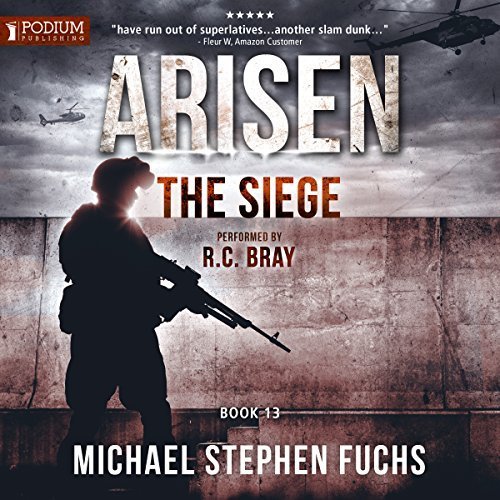 The Siege by Michael Stephen Fuchs
Narrated by R.C. Bray

The battle for the gap

In the north, the collapsed section of the Wall is defended only by the decimated remains of 2 PARA. Even reinforced by Jameson and the exhausted Royal Marines of One Troop, it’s a doomed delaying action at best – and the last choke point in the entire ZA faces an incoming tide of dead stretching to the ends of the Earth….

The race for the cure

Finally united, Dr. Park and Aliyev the Kazakh, supported by Pred and Juice on a mission out into a London falling into chaos, struggle to perfect the vaccine that will preserve the dwindling flame of humanity – and to weaponize the designer pathogen that might just destroy the rampaging armies of the dead….

The defense of the Alamo

Hunkered down at CentCom, the unified ranks of our heroes, led by Ali and Fick, work furiously to fortify and reinforce what will be humanity’s final fallback position – forever. But it may be over before it begins, as a runner invasion from the south hits even before the great wave of death coming in from the north…. 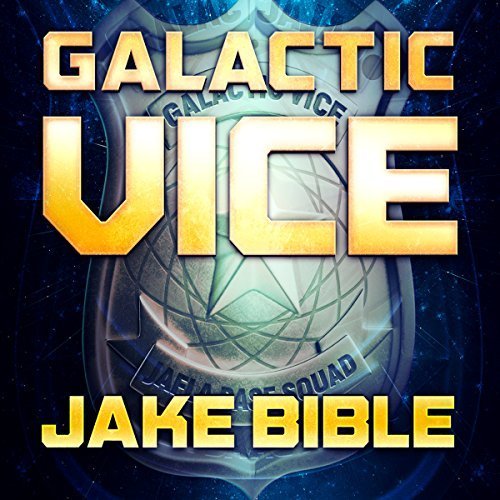 Galactic Vice by Jake Bible
Narrated by Andrew B. Wehrlen

Another day at the office for Galactic Vice Lieutenant Angie McDade.

A cargo barge filled with corpses. A potential war between crime syndicates. Traitors within the Galactic Vice.

These are the nightmares the three must face. Using all of their resources and experience, they will fight to keep each other alive, even it means bending rules, busting heads, and breaking laws.

But tossing regulations to the side and going rogue may not save them from an investigation that has doom and downfall written all over it.

Can they solve the case before it becomes their last? Or will the operation fail and end up ripping their lives and Jafla Base apart….