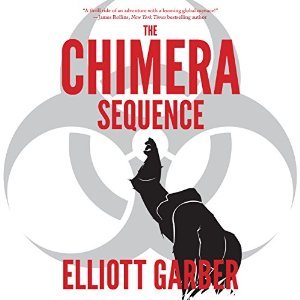 A Brilliant Bio-Thriller From A Great New Author

Where to start… Let’s see.  This book was awesome.  Seriously awesome.  I’ve been looking for a new “bio-terror” type book to read since Crichton has passed away and Richard Preston hasn’t written any new terrifying fiction (or even scarier) non-fiction.

The author, Elliott Garber is a Doctor of Veterinary Medicine and he writes about a military man who is also a vet (Cole McBride) within the book.  He also writes about the Silverback Gorillas of the Congo (and surrounding areas) with a knowledge that could only come from someone who has spent the majority of his life studying and being around animals.

The plot of The Chimera Sequence was fast-paced and switched from character to character in a very enjoyable way.  Just as you felt like you were going to figure something out, Garber switched it up and you went on to another person.  The character development was solid because there were a few characters that I really felt for as I was reading this book.

I genuinely wouldn’t be surprised if this were to be optioned to become a movie, it has everything that I think people would love: a kick-ass protagonist, lovable animals, action, terror, and something to be afraid of.  This book left me with a craving for more.  I’m sad that Elliot Garber hasn’t written anything else, but I will be eagerly awaiting another book (especially if it’s like this one).

I also listened to the majority of this on audiobook and I have to say, the narration by Neil Shah was excellent.  He did more of a dramatization than a narration and I have really enjoyed that.  It makes following the story (and characters) much easier.  I would definitely listen to another book that Shah narrates.

Overall this book left me breathless until the last few pages.  I wasn’t sure what was going to happen and I was relieved to take a breath once the story finished.  A great bio-thriller.

I received a free copy of this book in return for my honest review.

While investigating the mysterious deaths of endangered mountain gorillas in war-torn central Africa, U.S. Special Forces veterinarian Cole McBride learns that an unfamiliar virus forms the center of an international power play threatening everything he holds dear. When a humanitarian aid hospital diagnoses the first human case, Cole knows he must stop it from spreading—before it blows up into a global pandemic.

But this virus isn’t the only danger lurking in the rainforest. A struggling rebel group jealously guards their new source of uranium deep within the gorillas’ shrinking territory. They’ll do whatever it takes to protect a lucrative arrangement with an unscrupulous foreign buyer.

With the woman he loves infected and close to death, Cole puts his own life on the line by joining forces with a nearby special ops unit in a race against time to discover the truth behind the virus’s origin—a truth that will link it to one of humanity’s most ancient plagues and threaten the beating heart of America. 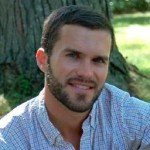 Elliott Garber is a veterinarian and officer in the U.S. Army. He has lived in India, Egypt, Mozambique, and Italy and traveled to over 50 countries. He is an avid scuba diver, birder, hiker, and guitar player, but hasn’t figured out how to do them all at the same time yet. He currently lives next to a 12th-century Sicilian castle overlooking the Mediterranean Sea.