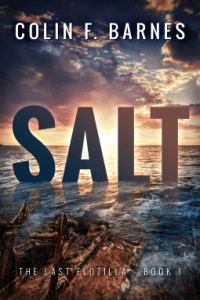 Waterworld with better characters and a better story

I don’t want to take away from this book by comparing it to “Waterworld.”  I only state this because this is exactly what it made me think of while reading it.  Not the cheesy action/adventure the movie brings up, but just the world basically full covered in water where everyone is living on boats or docking their boats together to form flotillas.  With that being said, I really did like Waterworld while most people did not.  So the comparison is done with love from my point of view.

The pacing of this book was slow, but intentionally so.  Barnes spends a lot of time developing characters and making you fall for them.  Or making you deal with their flaws before they come blasting out of them.  The pacing was slower than I am used to, but if this were a movie — those things would probably go missing and I wouldn’t like the full story as much.

I like a good post-apocalyptic tale but they are usually full of zombies.  This story has no zombies in it, just a group of incredibly resilient humans that are left to inherit this almost uninhabitable world that was left for them.

I really think that a this story has broad likability.  It’s not “scary” as some zombie post apoc books are.  It has some mystery, definitely some thrilling parts and a whole lot of “what will happen next.”

I kind of wish this was out on audiobook, I’ve been really enjoying those lately and I feel like I know a few narrators that could add a fun twist to this already good story.

A great story for a rainy day for sure!

I was given a free copy of this book by NetGalley in exchange for an honest review.

In the near future, the effects of a catastrophic solar flare have left the earth almost entirely submerged, with only the tops of the very tallest mountains remaining above water.

Moored to one of these peaks is a flotilla of ships and boats containing all of the planet’s known survivors. One hundred and twenty-five souls remain, but not for long—a mysterious infection is turning the air they breathe and the water they drink into deadly hazards.

Twelve volunteers have been sent out to look for help—or even any signs of life—and none have returned. It now falls to Eva, a former cop, and Jim, the flotilla’s elected leader, to keep the fragile peace among the inhabitants. Humanity is depending on them for its survival—together, can they find the answers in time? 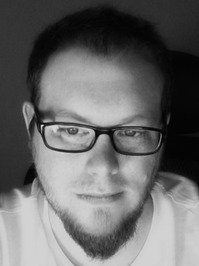 Colin F. Barnes is a publisher and writer of science-fiction and techno thrillers and a member of both the British Fantasy Society and the British Science Fiction Association. He honed his craft at the London School of Journalism and the Open University, where he studied English. Colin has run a number of tech-based businesses, worked in rat-infested workshops, and scoured the back streets of London looking for characters and stories—which he found in abundance. His hobbies include building mechs, pondering the end of the world as we know it, and being manipulated by an evil black cat.