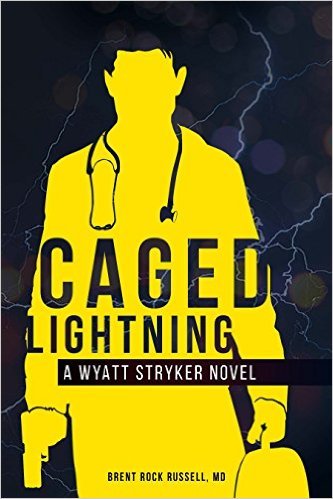 Buckle in for the thriller of the summer

Caged Lightning starts off with a bang and doesn’t really let off.  Russell put his foot on the gas and wouldn’t let off no matter how much you begged.  The main character Wyatt Stryker was a really unique and fun character to follow through this interesting story.  Stryker is part special ops trained good guy and part doctor so his point of view and interaction with things are different.

The story itself was really interesting to me because it was a combination of many different kinds of fiction into one.  Mystery, Thriller, and Suspense all wrapped into one.  It really leaves the reader confused as to what is going to happen next.  Becuase in most single-genre stories they seem to follow the same story arc — with Caged Lightning, there is no one singular genre to stick to so the story is free to go where it wants.

I like the background of the author (he’s a doctor) sneaking into some of the story it lends a lot of realism and authenticity to the story and makes me enjoy it even more.

Caged Lightning is just like it sounds, a quick hitting multi-genre story that will leave you standing there wondering what just happened.

Overall, I really enjoyed both Russell’s writing and the character Stryker a lot.  I’m curious to see if they will continue one way or another in other stories.

“Like an arrow in the hand of a warrior, so are the sons of those who have been shaken. Hurl lightning bolts and scatter them. Shoot your arrows and rout them.”

Wyatt Striker hated to admit that he was nervous. A senator he had treated in the ER after a mountain biking accident had invited Wyatt and his wife to a party at his vacation home near Tijuana. Unfortunately he did not mention that a dozen of California’s most influential people would be there, too. He knew he had faced far worse situations during his glory days in special ops, but he hardly thought his training would help with this one.

When he arrived at the house early, however, he was caught off guard by what seemed to be a two-bit burglar. The thief’s behavior, which included nearly putting a peephole in Wyatt’s cranium, suggested something much more dangerous.

Shaken, he returned home to find his sister-in-law tied to a chair in the kitchen, his son gone, and a ransom note on the table. As he attempts to connect the dots, he discovers that the captor is less interested in the money than in Wyatt. Confused and determined, he sets off to unravel the web of leads and players. Will his calm and careful mind and the resources he can muster be enough to outsmart the captor? Will he discover the deadly identity of his adversary before it’s too late?

In this fast-paced action adventure, Brent Russell weaves a tapestry of mystery, suspense, and good-old-fashioned fight scenes described in a uniquely thrilling voice. 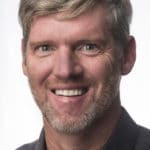 Brent Rock Russell is a board certified emergency room doctor, living and working in Sun Valley, Idaho. He trained in Portland, Oregon and spent the first decade of private practice there. With over 15 years of emergency room experience, Brent Russell has witnessed what most can only imagine.