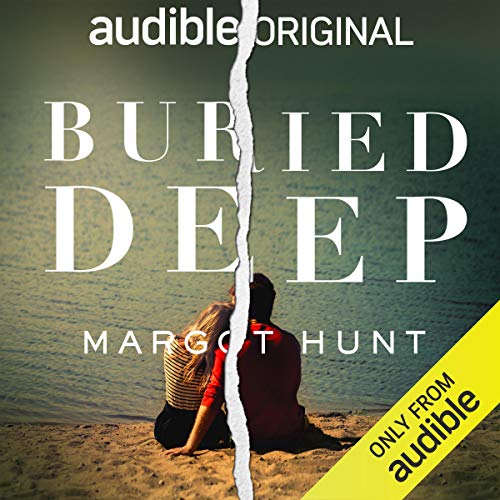 A Quick and Enjoyable Read

Another Audible Original that I picked up for free in December.  I honestly picked this based on the cover art and nothing else.  I saw the artwork and it dragged me into the story without even realizing it.  I’m glad it did, because it’s accurrate to what I was expecting out of the story.  So, here’s my slow clap to the cover artist for their great portrayal of the story in one still image.

I’ve never read anything by Margot Hunt before, but this was a really well put together story. It had that feeling that it could have been a movie or at least an episode of CSI or something like that.  I know the synopsis describes it as for fans of Big Little Lies and The Last Mrs. Parrish, but for some reason I couldn’t shake the similarity to the movie A Simple Favor.  It had similar pacing and a similar shock and awe value at the end.

Speaking of the end.  This book both ended how and different than I expected.  I won’t go into full details as to not spoil it, but it had a “ah yeah, that makes sense” type of story arc ending. But it also had a “wait, is that really how this is ending?” vibe to it.  I can’t really explain it more without spoiling, but I think if you read it you’ll understand.

Overall, a really enjoyable sub-3-hour audiobook that had wonderful narration by Therese Plummer. It wasn’t necessarily the most unpredictable book, but that didn’t take away from my enjoyment of it.

In this pulse-pounding short thriller for fans of Big Little Lies and The Last Mrs. Parrish, Maggie Cabot refuses to sit by idly as police re-open an investigation into the mysterious death of a woman her husband used to know.

After two decades in a near-perfect marriage, Maggie and James Cabot are enjoying their first year as empty-nesters in their charming Florida suburb, until two detectives arrive at their front door and change their lives forever.

The remains of a young woman have been found at a campsite in the Florida Keys. Hannah Nilsson, only 21 at the time of her disappearance, was last seen on a camping trip with a group of friends—including James, who dated Hannah long before he and Maggie ever met. Shocked and heartbroken, everyone on the trip said they assumed Hannah had wandered off toward shore, intoxicated from a long night of partying, and drowned. But the discovery of her body 25 years later, half a mile away from the campsite and buried six feet deep, makes it clear that her death was not accidental.

As the police dig back into the case, Maggie begins her own investigation, desperate to piece together the truth and clear her husband’s name once and for all.

Audiobook: The 5 Manners of Death by Dar