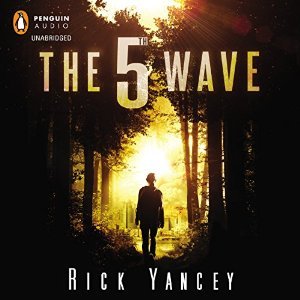 To Destroy Humans You Must First Destroy Their Humanity

They been destroying humans in waves.  The first wave was an EMP strike.  The 2nd wave was an earthquake that caused tsunamis to flood all major coastlines.  The 3rd wave was disease.  The 4th wave taught the survivors one thing — trust no one.  No one knows what the 5th wave will be–but we’ll find out soon enough.

The narration for this was done by two narrators:  Brandon Espinoza & Phoebe Strole.  Espinoza does a great job narrating the guy parts of the story.  Using both a young sounding and an older voice for different characters really made the listener feel like they were “inside” the story.  Phoebe Strole knocks her performance out of the park.  She is able to show the emotion that the character has in the pages of this book.  She does this so well I found myself having a hard time listening to the emotional parts because they were so emotionally charged.

This story was aimed at a younger crowd than me, but I was recommended it by another one of my reader friends.  I’m glad that I gave this a chance. There were some “young/puppy love” scenes in the book and the typical “love triangle” (less than some of the other YA Dystopians I’ve read).  But overall I thought that this book could be enjoyed by teenagers and adults alike.

The back and forth way that the story was told was really enjoyable for me.  Each character would get a short section and then it would be on to the next.  Then it would come back around to progress each story in a different timeline without making the reader feel like they were getting too much of one person.

There were some truly shocking revelations in this book, that surprised even the veteran reader in me.  Some of the characters and character decisions were truly different and not expected.  Especially the character Zombie (I won’t say any more so I don’t spoil anything).

Yes, I’m definitely late to the game for this book and this review, but I truly enjoyed it.  It kept my attention late into the night, and I found myself getting ready quicker in the morning so that I could listen to it for longer on my commute into work.

Overall, a wonderful addition to the YA Trilogy Dystopian/Post-Apocalyptic genres.  I’m excited to figure out what happens in the rest of the series

Now, it’s the dawn of the 5th wave, and on a lonely stretch of highway, Cassie runs from Them. The beings who only look human, who roam the countryside killing anyone they see. Who have scattered Earth’s last survivors. To stay alone is to stay alive, Cassie believes, until she meets Evan Walker. Beguiling and mysterious, Evan Walker may be Cassie’s only hope for rescuing her brother–or even saving herself. But Cassie must choose: between trust and despair, between defiance and surrender, between life and death. To give up or to get up. 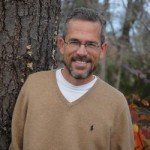 Rick Yancey (www.rickyancey.com) is the author of the New York Times bestseller The 5th Wave, The Infinite Sea, several adult novels, and the memoir Confessions of a Tax Collector. His first young-adult novel, The Extraordinary Adventures of Alfred Kropp, was a finalist for the Carnegie Medal. In 2010, his novel, The Monstrumologist, received a Michael L. Printz Honor, and the sequel, The Curse of the Wendigo, was a finalist for the Los Angeles Times Book Prize. When he isn’t writing or thinking about writing or traveling the country talking about writing, Rick is hanging out with his family.